by VideoGameCritic
I'm seriously considering putting together a Halloween review special called "top 10 Halloween games of all time".
I decided to let you guys do some of the work for me and put forth your own lists.

When I say Halloween games, I mean games that embody the spirit of the holiday - not necessarily the scariest.
For example, Zombies Ate My Neighbors is pretty silly but it has so many Halloween elements.
I'd also prefer it if the list spanned a bunch of generations.

If not your top 10, at least let me know what games you feel deserve to be on this list.

by JustLikeHeaven
This is harder to do than it would first seem. Here is a quick n dirty list that I came up with. I don't think I can put them in order though.

by ActRaiser
JLH put together a terrific list. I'll only provide the top 5 for me.

by Rev
I think Until Dawn (PS4) deserves a mention, it is a very unique horror game and screams Halloween. It is a lot more fun than scary and the ability to try and save/kill off characters makes it a special blend of horror.

by scotland
Exidy's 1986 arcade game Chiller is pure Halloween. I have never played it or seen the arcade game, but have seen videos. According to wikipedia there is an unlicensed NES port - 1990 by American Game Cartridges and an Australian one by HES. I have never heard of this NES port. Maybe its just a rumor. 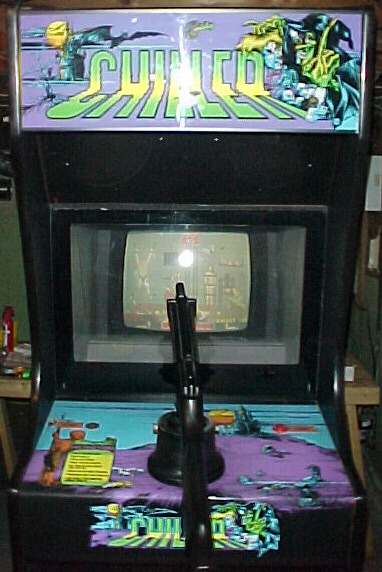 by JustLikeHeaven
Pretty sure the NES unlicensed port exists. The Critic even has a review of it up on the site. He reviewed it back in 2001...long before the days of repro carts and whatnot.

by scotland
Well how about that! There is Dave's review for the NES. I shoulda checked. It says its published by Exidy, but the NES port may not be correctly ascribed to them.

by matmico399
Chiller is disgusting. I watched Video on YouTube about a year ago talking about most graphic/violent games. No arcades would carry it so it was mostly put in adult "toy" shops. Blasting peeps limbs off while they are tied up in s&m chambers. The Nes version is very toned down, but still disturbing.
All times are UTC-04:00
Page 1 of 3
Powered by phpBB® Forum Software © phpBB Limited
https://www.phpbb.com/