Every year, we usually have a Christmas topic to hear what video game related gifts everyone picked up this year. I didn't see one posted (unless I missed it somewhere?), so I figured I'd start one up. What did everyone pick up? This year I got:

1. Wii U -- I got myself an early Christmas gift, buying a Wii U on ebay a few weeks ago, along with Zelda: Breath of the Wild and bunch of other games. The Wii U marks the 63rd gaming system in my collection (although I've been slowing down on my system collecting a lot the past couple years). I've been enjoying my time with it so far, but I'm glad I wasn't an early adopter. Looking forward to starting Zelda this weekend.

2. PlayersUnknown Battlegrounds (PUBG) for PS4 -- Before Fortnite stole its crown, this was the biggest game in the world. PUBG started the current battle royale obsession among gamers. I'm late to the party, because I don't game on the PC or Xbox One, so this recent PS4 release was my first chance. So far I'm liking it. PUBG vs. Fortnite has been a debate raging for a couple years now and I'd choose Fortnite. Still, PUBG is the best of the realistic battle royale games - better than COD: Black Ops 4 in my opinion.

3. Gaming Books -- This year I got two gaming books from my wife: "The Game Console: A Photographic History from Atari to Xbox" and "The Nostalgia Nerd's Retro Tech: Computers, Consoles, & Games". Both of these are a hardware nuts dream - they're both great reference books focused on gaming systems, going in chronological order with individual write-ups on dozens of computer and console systems. Great for reading and the coffee table, and loaded with color photos. "The Gaming Console" is a great book to flip through, and several family members got a kick of their own nostalgia while looking through it. But for more serious gamers and collectors, "Retro Tech" is hands-down one of the best gaming books I've ever seen. I have tons of gaming-related books in my collection, and Retro Tech easily cracks the Top 10 all-time in that group, and it's been a long time since I've felt this strongly about a book. It does not replace Winnie Forster's "Encyclopedia of Game Machines" as the pinnacle of gaming hardware reference books, but it is the closest I've ever seen in the 10+ years since Forster's first edition. Just buy it!
Top

These are the three books referenced above, all well worth owning: 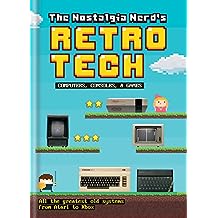 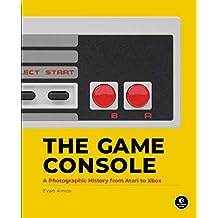 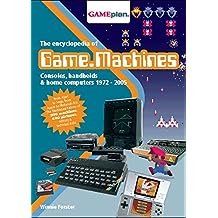 Didn't get any games or anything game-related this year, but there's enough '80s nostalgia here that this book I got might be of interest. Unfortunately, while it does talk quite a bit about computers and the potential of computer graphics, it has nothing to say about video games. An odd oversight for a book from 1986.
Top

^ never heard of that book, but sounds really interesting. Might have to check it out.

EDIT: Just hopped on Amazon and bought a copy.
Top

My parents gave me a Dragon Quest art book. My friends gave me Super Castlevania IV, Rockman IV for the Famicom, the special edition Shin Megami Tensei: Devil Summoner 2 for PS2, a Handy Boy add-on for the Game Boy, the Mario 30th Anniversary Encyclopedia, a Mega Man and Chun Li plush (never bought any plushies before. Guess this is the start of something), and a Pocky and Rocky tee shirt. I bought myself The Legend of Dragoon for Playstation. And I'm currently looking to buy a Sega Master System if I can find one for a decent enough price.
Top

Stalvern wrote:
Unfortunately, while it does talk quite a bit about computers and the potential of computer graphics, it has nothing to say about video games. An odd oversight for a book from 1986.

Everybody knows video games are just a fad!
Top

*i did trade in some games for Smash Bros Brawl. Kids like it quite a bit, and I’m pleased that it’s playable with just The Wiimote (after some control customization).
Top

It's also an odd oversight for Arthur C. Clarke. He predicted VR video games in 1956, in the first chapter of The City and the Stars. You can read it in Amazon's preview; it's especially interesting because he also predicts bugs and crashes when players try to push the envelope of what they're "supposed" to do. (The one he describes is so severe that it would be inexcusable even on the Odyssey², but I'll forgive an exaggeration that makes the idea clear to a 1950s reader.)
Top

I was a bit spoiled this year, by my parents, girlfriend, her parents, and myself. I got:

A fancy stand up mixer

We're pretty poor since moving to Hawaii, so our Christmas gifts are pretty limited these days BUT I did get a nice new RGB mouse for my desktop computer:

Naturally, it was purchased via the Critic's Amazon link

Not an "RGB" guy by nature, that actually had nothing to do with the selection, but I do like the rolling colors effect it gives off when when the computer is in Sleep mode. It reminds me of a squid!
Top
Post Reply
11 posts