Last week we took our daughter to Disney World and stayed at the Art of Animation resort. She loved the swimming pool but cried like crazy when we had to leave the arcade!

She's only 3. I've intentionally held off on playing games in front of her as she can't understand the controls yet. But, at the arcade she had a blast checking out all the sit down racers and shooting games. I'd no sooner get a game going then she'd be off looking at something else.

Did you guys know there was a new Space Invaders? It's an awesome, giant screened, light gun affair. 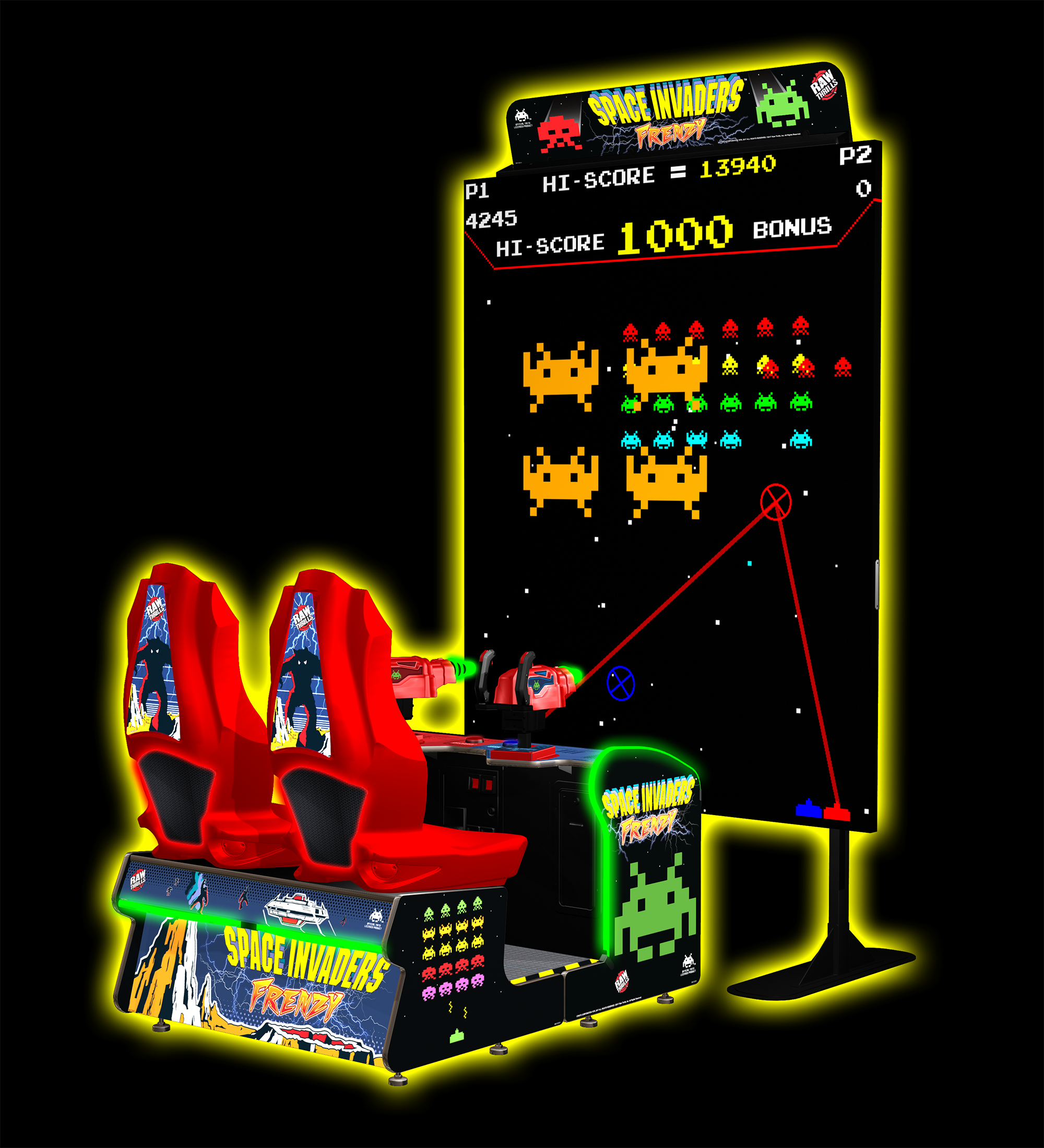 They also had a giant screened Pac-Man that looked like a lot of fun.

And even a new Cruisin' game.

If I can figure out how to upload pictures I'll do that instead of linking to a few pictures. If you're ever in the Orlando area I can certainly recommend the arcade at the Art of Animation resort.

Anyone else try these games or have other new arcade games they've found recently they want to share?
Top

I've been to Kalihari Resort for a business trip before. They had mix of everything, indoor and outdoor water park, an HTC Vive booth, and they had those exact same arcade games you mentioned. I considered making a thread about these large arcade machines the first time I saw them couple years back, but I refrained when I looked up Raw Thrills (the company that made those large Pac Man and Space Invader cabinets) and assumed the brand and machines were commonplace. I'm guessing it's not then.
Also worth mentioning the manufacturer also made a TMNT beat em up game last year. I didn't play it, but I found it when looking up the company on google.
https://www.youtube.com/watch?v=-u6zCwJQUEE
Top

The studio is led by veteran game designer Eugene Jarvis, whose credits include classic titles such as Defender™, Robotron:2084™, and the Cruis’n™ series of adventure driving games. From its debut driving hit, The Fast and the Furious™, to its recent release Halo: Fireteam Raven™, Raw Thrills strives to bring the player the ultimate arcade experience, while delivering consistent reliability and value.

I had no idea they still made games like these. That's fascinating! I played Halo: Fireteam Raven last year and had a great time. It supports 4 players and would have been even better to bring three friends.
Top

I would love to see Cruisn' Blast on a modern console. Bring back the arcade fun!
Top

There's a barcade near me that has that Space Invaders machine. It's awesome!
Top
Post Reply
5 posts • Page 1 of 1