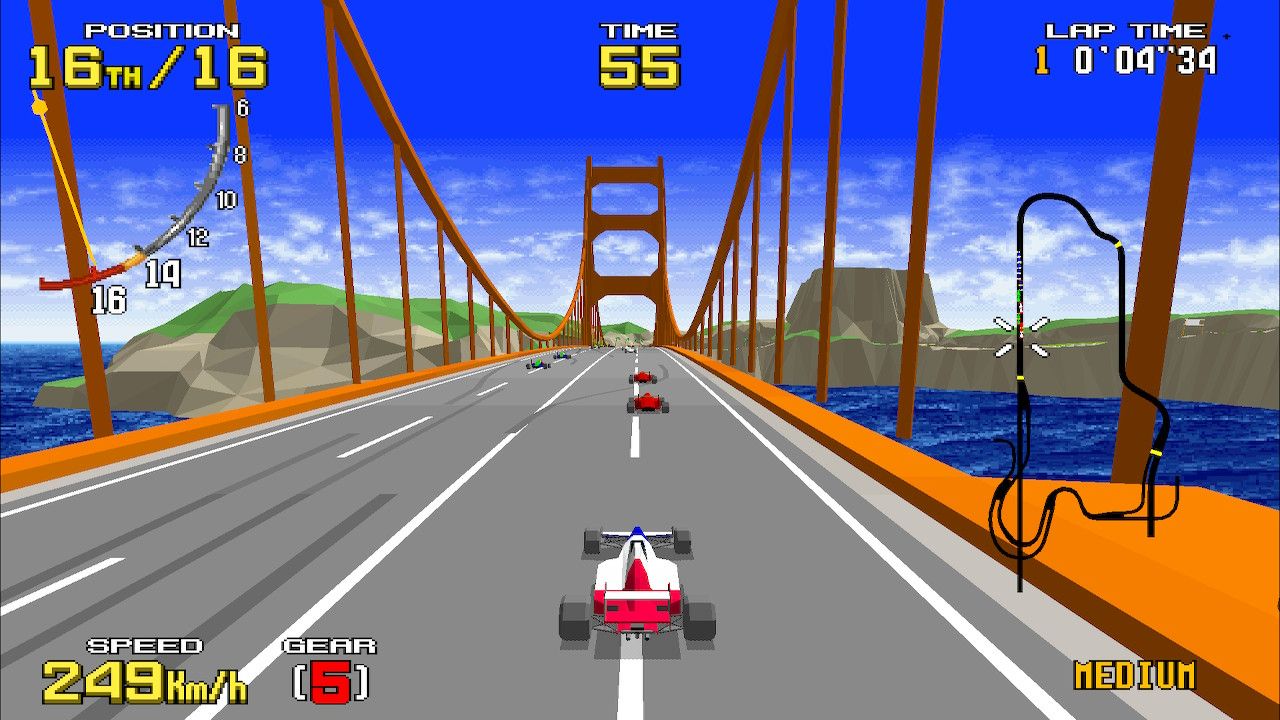 Fast forward to 2020 and it's easy to look back on early polygonal games as being offensive to the eye, but Virtua Racing's visuals still hold up. Its simple, flat shaded, textureless models were a product of 1990s hardware restraints but this visual style is still implemented by developers today.

Visuals are nothing without gameplay however and thats where Virtua Racing shines!
With three tracks to choose from, first place is hard to achieve outside the beginner course and doing so deserves respect!
Though handling isn't realistic it requires nuance and takes considerable time to master.
Corners are hard to line up whilst navigating your way through 16 adversaries. If you get close to those in front you can take advantage of an opponent's slipstream and shave hundredths of seconds off lap times (crash into one and you'll most likely spin out).

A.I opponents approach racing lines well and are clever enough to move out the way of oncoming vehicles. A negative aspect of gameplay is that your adversaries cheat somewhat: at times they can pass through other drivers and will recover quickly from mistakes whilst the player will lag behind following a collision!

Whilst previous ports of Virtua Racing added additional content, M2 have stuck to the base arcade experience and beautifully polished the original. They've upped the resolution, increased the frame rate from 30fps to 60fps and offer a feature where up to eight can compete against each other locally.
Competing online is included but something I couldn't test due to a lack of players!

Nearly 30 years on from the original release, the minor drawbacks mentioned above do not detract from this racer's biggest selling point: easy to play yet hard to master. Virtua Racing is a timeless classic that can be enjoyed for 5 minutes or two hours straight! 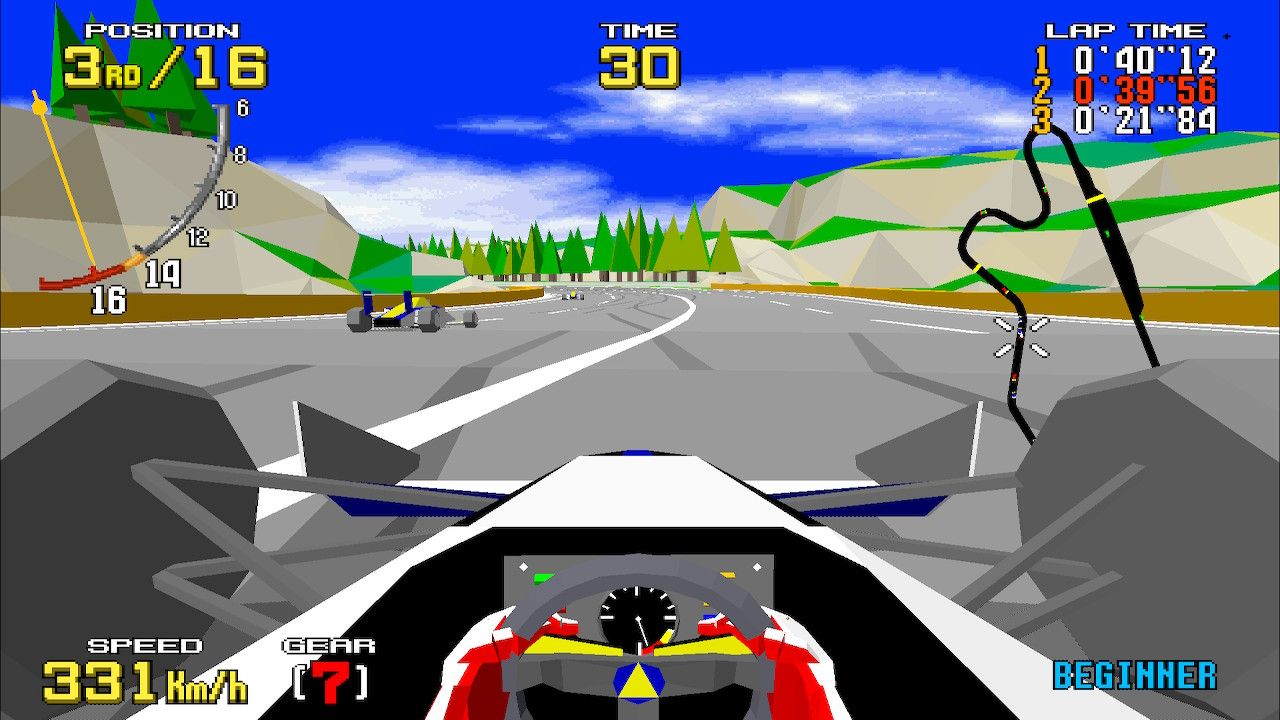 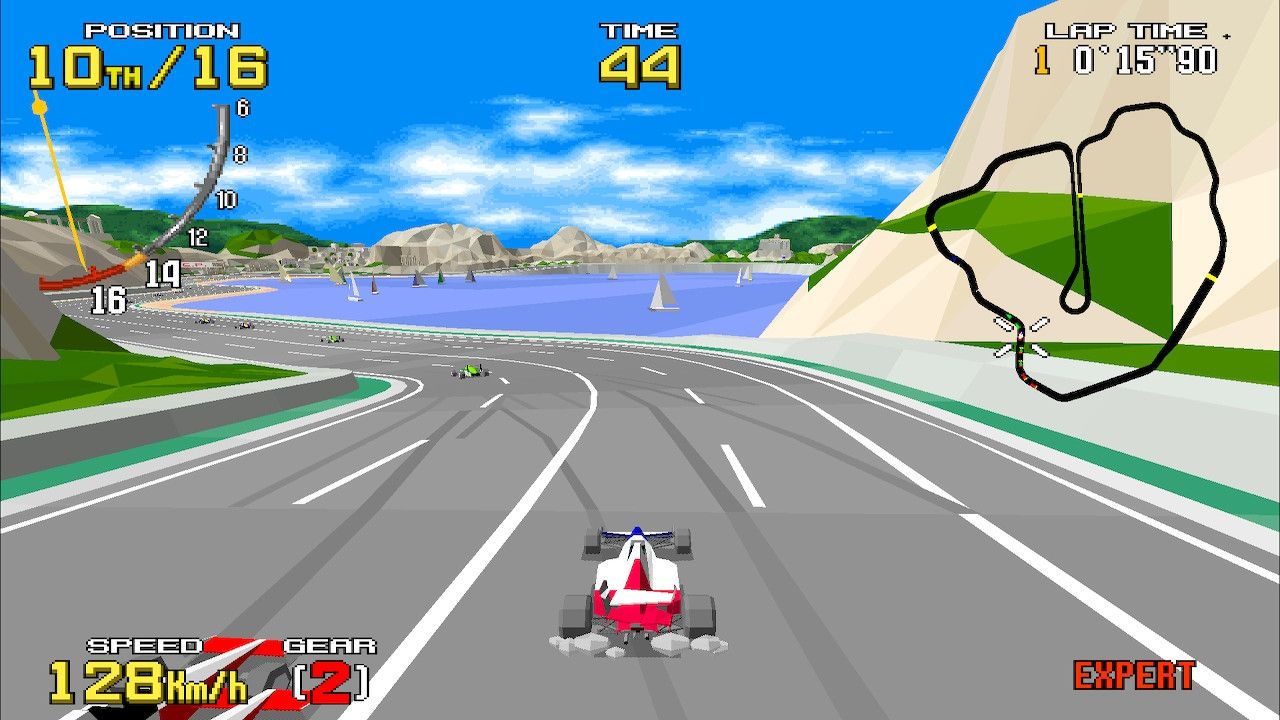 Thank you for your kind, positive feedback.
I agree about releasing a cartridge of sega ages games. Perhaps they are waiting until M2 have done a few more arcade ports/remasters. They already have mega drive classics out there but a Sega ages physical compilation would be awesome.

I know you aren't a fan of digital only games but this is the best racer I've played for some time and for £6 you can't go wrong!
Top

I have this one on Switch as well! It was my first time playing, and I enjoyed it and the challenge a lot. Simple, but fun, and you reviewed it well! If you ever wanna play multiplayer, I might be down.
Top

What I love about Virtua Racing is its bright, colorful arcade look. Imagine if this game had photorealistic visuals like Forza. It would be generic and boring as hell.
Top

This was one of the first games I bought for my Switch. My only gripe is that many of the improvements from the Sega 32X release are not present (the extra cars, for instance).

Still very, Very fun. I royally suck at the game, but it is so fun and soothing to just blaze around the classic polygon areas and just relax...
Top

comchia wrote:I have this one on Switch as well! It was my first time playing, and I enjoyed it and the challenge a lot. Simple, but fun, and you reviewed it well! If you ever wanna play multiplayer, I might be down.

For some reason I've only just seen this. I'd love to play an online race. It's a crime that this game's online multiplayer is poorly populated! I must admit that I don't know how you go about inviting others to a game on the switch but my profile name is Buttress. Message me on here to exchange switch details/organise a VR date

VideoGameCritic wrote:What I love about Virtua Racing is its bright, colorful arcade look. Imagine if this game had photorealistic visuals like Forza. It would be generic and boring as hell.

I love the visuals in this game but if it was photo realistic it would still be as good but lacking in character!
Top
Post Reply
8 posts • Page 1 of 1