As a fan of story-oriented games, I've played a few adventure games from the "walking simulator" genre over the past few years, such as What Remains of Edith Finch, Gone Home, and Everybody's Gone to the Rapture. Firewatch is another well-regarded walking sim that came out a few years ago to solid reviews and some awards. Another member recently complained about the game being too story-heavy, and that actually inspired me to finally play it!

Firewatch, like all walking sims, lives and dies by its storytelling and exploration. The action elements are par for the genre -- i.e., mostly non-existent. You certainly won't be putting out any fires, if the name might mislead you otherwise. With your marriage in shambles, you (Henry) decide to taking a summer job as a fire lookout watching for forest fires in a National Park in Wyoming in the late 1980s. The entire story is told through your exploration of the park area and, more importantly, your walkie-talkie communication with Delilah, the lookout in the next tower over. Over the summer, a story unfolds involving activities in the park and your relationship with Deliliah.

I beat the game in about 5-7 hours. I was absolutely livid that, during the ending, my game crashed and my save became unplayable forever! It sucked not getting the trophy for beating the game and not opening the "free explore" area after the game. But I was definitely not replaying the game, so I just watching the ending on Youtube. Aside from that disaster, I thought this was one of the better walking sims.. it's not as good as Edith Finch, about on par with Everyone's Gone to the Rapture, and better than Gone Home. A big knock on the game is that the ending is anticlimactic.. it is true that this story is less profound than Finch and Rapture, but I still thought it was interesting in its own more subdued way.

Pull this game out when you want a short, relaxing, outdoorsy adventure as a change of pace from your usual action games. If you like the genre, and already have tried and enjoyed Edith Finch, Firewatch is worth considering but not a must-play.
Top 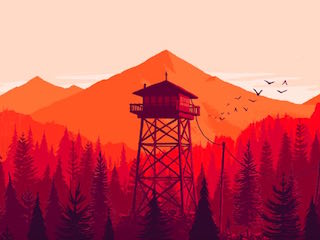 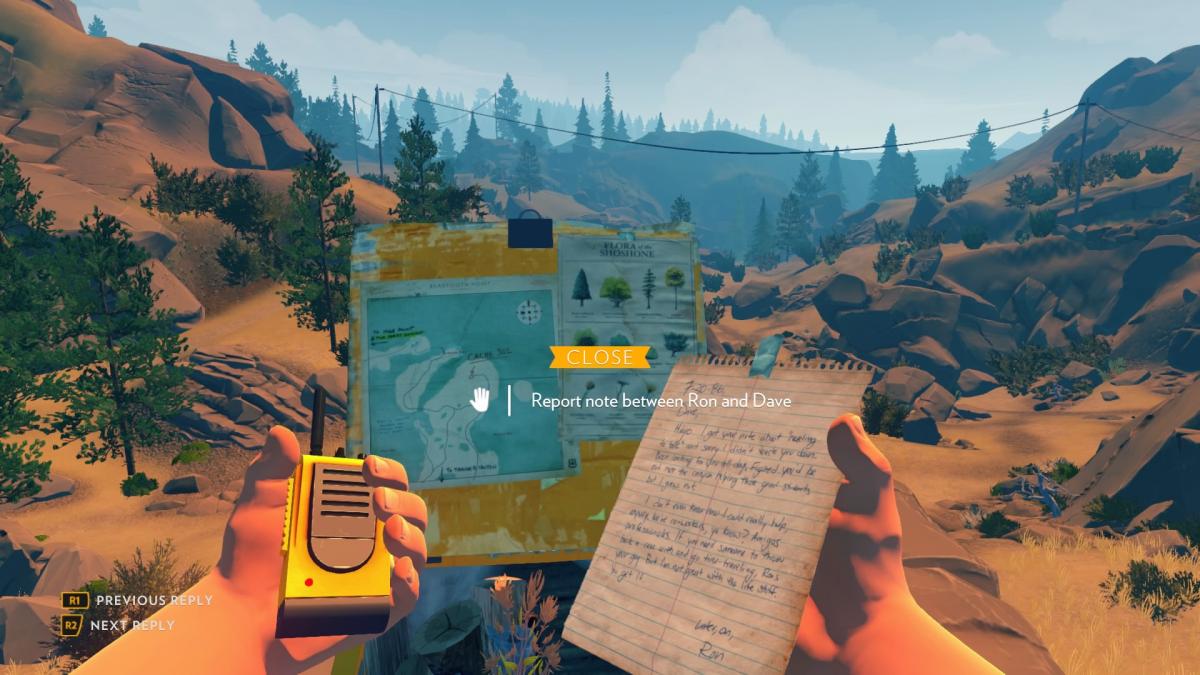