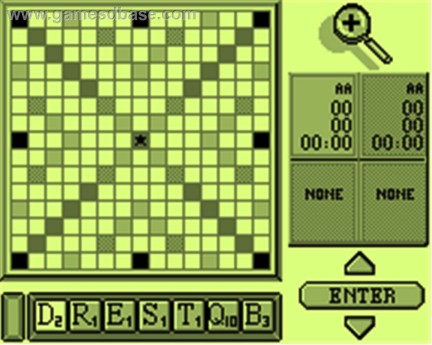 As a big fan of the "real" Scrabble board game, I can attest that this portable version is excellent. You can face up to four CPU competitors of various skill levels. It's possible to play against humans as well, but frankly you'd be better off pulling out the board game in that case.

The screen is well organized with the board on the left, scores on the right, and your letters across the bottom. The controls rely on the stylus and touch screen, which work great. The squares are just large enough to make out the letters, although placing new letters requires the use of a magnified view. This close view forces you to navigate via arrow buttons, which can be a little slow.

Your CPU competitors are pretty sharp. They only require a few seconds per move in the early going, although in the final few stages they may take a little longer. Once I tried to put down the bogus word, and the game immediately caught me on it. This cartridge is very enjoyable. Scrabble can be a hassle to play with people, but you can play this compact version anytime. © Copyright 2013 The Video Game Critic. 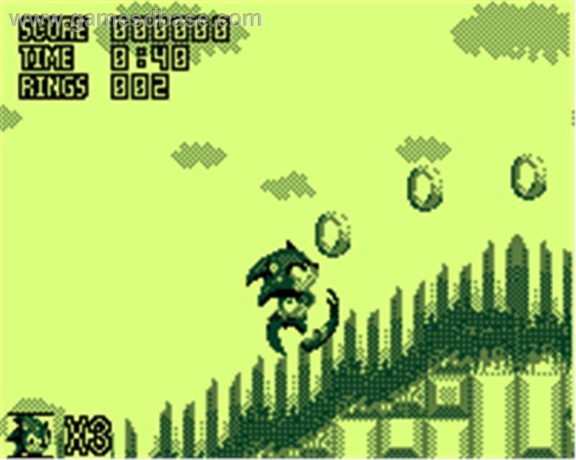 I temper my expectations for portable Sonic games - especially on the Game.com - but this version is just pathetic! Sonic is large and well defined but once he starts moving, the pain is almost too much to bear. He doesn't "run" so much as appear from spot to spot. There's zero sense of speed and the system struggles mightily to keep up with the truly modest amount of action on the screen.

The tall grass in the first stage looks more like a bed of spikes, and the super-close view makes it impossible to tell where you're heading. Sonic is pretty much incapable of running uphill, acting instead like he's stuck in the mud. His spin dash move doesn't even work as it should, not allowing you to "rev up". Did the developers ever play a real Sonic game?

When Sonic is out in the open he's easy to see, but once he walks into a cave or under a waterfall, the screen looks so cluttered you can't even tell what you're looking at. The sound effects are out of sync and the entire game seems to pause when you grab a ring, just so it can make that ringing sound. The music in the background sounds like a toddler banging away on a toy piano. This cartridge is offensive, and the fact that it purports to contain three games (Sonic 2, Sonic 3, and Sonic and Knuckles) is practically obscene. © Copyright 2013 The Video Game Critic. 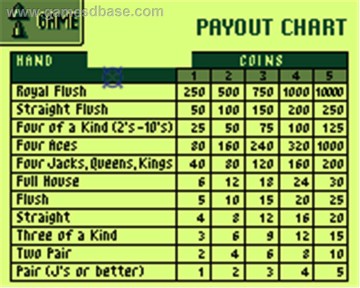 It's hard to get psyched up about a black-and-white casino game, but it's really the ideal title for the Game.com. The high-resolution graphics make the cards look nice, and the stylus control lets you easily place bets or mark the cards you want to hold. There are five separate games: poker, blackjack, hi-low, slots, and roulette.

The poker and blackjack games are pretty good. You begin with $500, but can only bet $5 (max) at a time. What the hell is that all about?! The touch controls are responsive and there are no lulls in the action. I like how you can easily switch games while maintaining the same pool of money.

The remaining three games are pretty pointless. Hi-low is a shallow game some of you may remember as "War" from your childhood. Slot machine is a mindless game of chance, and roulette is even worse because you're forced to "zoom in" on the table to place your chips.

Tiger Casino introduces each game with an elaborate video intro (like a dinosaur running across the screen) in a desperate attempt to inject some excitement. A toy piano plays over the menu, but thankfully the games are quiet (except for some voice samples). Tiger Casino isn't much of a game, but the poker and blackjack variations can be slightly addictive. © Copyright 2013 The Video Game Critic. 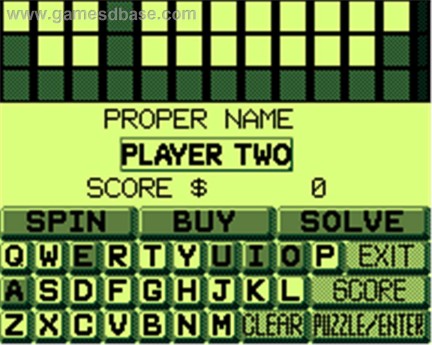 Who would have thought Wheel of Fortune would be my favorite game for the Game.com system? It's embarrassing but true. Not only does this cartridge faithfully recreate the syndicated show's format, but it's surprisingly entertaining and fast-moving. In case you're not familiar with the popular game show hosted by Pat Sajak, your goal is to guess a phrase by filling in blank letters.

Before choosing a letter you spin a wheel to earn money and bonuses. With enough cash you can buy a vowel which usually goes a long way towards solving the puzzle. Phrases tend to be random and hard-to-guess like "Big Brothers of America" or "Rock a bye baby on the tree top". The touch screen interface makes it easy to select letters via the stylus. The only problem is that it's hard to tell which letters have already been selected since they are only slightly dimmed.

Otherwise Wheel of Fortune is remarkably fun. You can play against multiple CPU contestants through three normal rounds and one bonus round where you win a car or something like that. There are distinctive sound effects from the show including crowd reactions. Cheesy but fun, Wheel of Fortune is pretty much the definition of guilty pleasure. © Copyright 2014 The Video Game Critic. 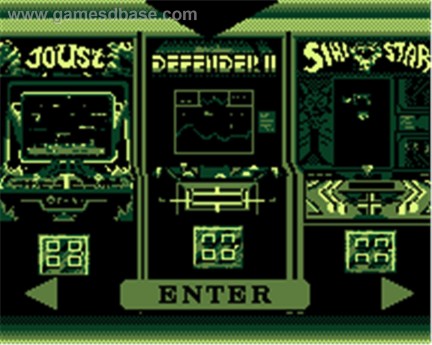 Some classic arcade games are so good you can enjoy them on any system - yes, even the Game.com! This five-game compilation contains Defender, Defender 2, Joust, Robotron, and Sinistar. Both Defender games are nearly identical as you blast aliens on a side-scrolling planet surface. You fire laser beams in rapid succession and a single beam can pierce multiple enemies. The aliens appear faint but their explosions are clear enough. The audio is sparse but there's no mistaking that distinctive "abduction" sound effect.

Joust is another solid title, offering excellent ostrich-bumping gameplay in spite of occasional slow-down. I love the sound of flapping wings and the birds coming to a screeching halt. Even the pterodactyl and lava monster get in on the action.

I'm a big Robotron fan but this version lacks the challenge of the arcade. Enemy robots converge slowly, making it easy to clear them out. You can fire three shots at a time, and they travel so slowly you can actually outrun your own bullets! Though it's hard to tell innocent people from robots, you'll rack up bonus lives much faster than you can burn through them.

The last game, Sinistar, is fairly worthless as you fly a ship around a 2D plane while literally bumping into stars and planets. Taken as a whole however, Williams Arcade Classics is one of the more enjoyable carts for the Game.com. At least you won't hate it. © Copyright 2014 The Video Game Critic.