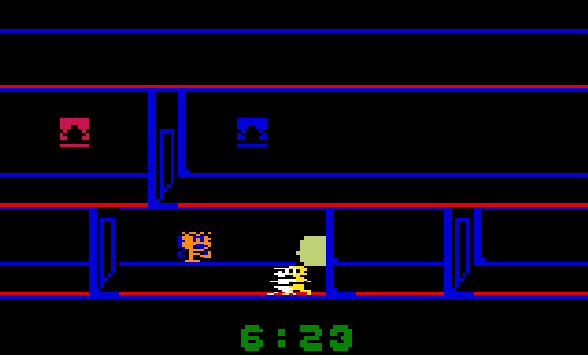 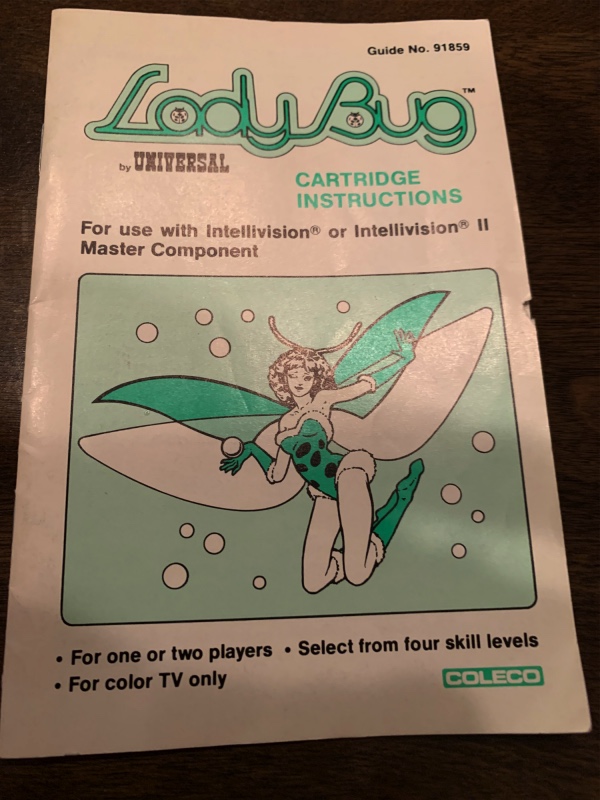 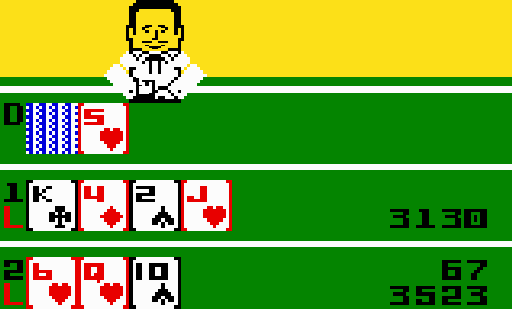 Despite some reservations, I was very impressed with this casino-style card game. One or two people can play blackjack or three kinds of Poker (5 card stud, 7 card stud, 5 card draw). The graphics are sharp and it's easy to read the cards, but the best aspect of the game is the dealer. Not only does he look good when he deals, but he makes some funny facial expressions (depending on how well you're doing). The Intellivision control pads are well-suited for this type of game, with specific buttons assigned to hit, stand, or double down. This is definitely one the better classic card games. © Copyright 2000 The Video Game Critic.
Find Las Vegas Poker and Blackjack on eBay, Amazon, YouTube
Copy link to this review
1 or 2 players
If you like this game, try: Las Vegas Blackjack (Odyssey 2),
Casino (Atari 2600), Blackjack (Atari 2600),
Royal Dealer (Intellivision), Tiger Casino (Tiger Game.com)
Lock N Chase
Grade: A-
Publisher: Mattel (1982)
Posted: 2010/3/31 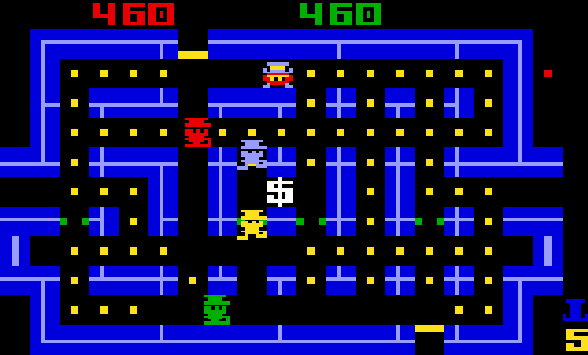 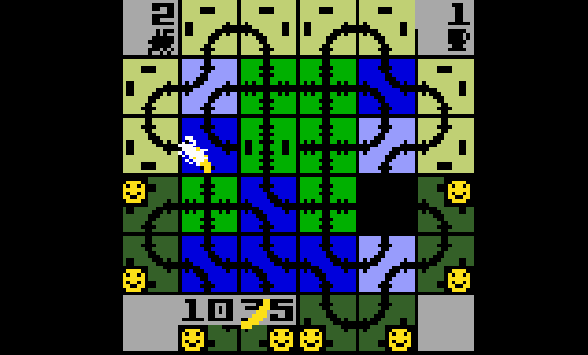