Of all the ill-fated consoles of the 90's, the Jaguar was certainly one of the biggest disasters. While Atari correctly sensed the emergence of 3D graphics, the system was woefully underpowered in this regard. The Jaguar received little third-party support, and most of Atari's games were second-rate versions of arcade hits like Virtua Racing and Mortal Kombat. Although the Jaguar controller included a numeric keypad, it inexplicably had only three regular buttons. This despite the fact that the Super Nintendo had made six buttons the new standard the year before. The Jaguar never gained much of a market share, and by the time Atari released a CD attachment and six-button controller, the system had one foot in the grave and the other on a banana peel. 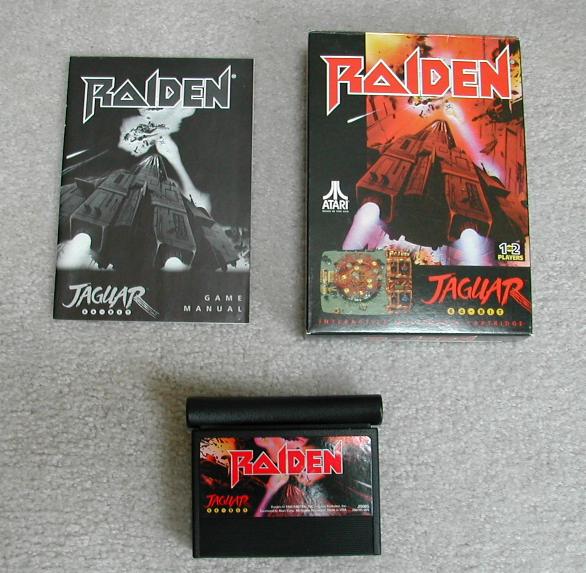 One of the more interesting aspects of the Jaguar is Atari's claim that it was the first 64-bit console, as loudly proclaimed by their "do the math" marketing campaign. In the early 90's, the "bit" metric was mainly based on the CPU of the machine. Although certain components within the Jaguar could process 64 bits at a time, the CPU (central processing unit) was in fact 32-bit. This led to a major controversy, with many in the industry labeling Atari's marketing tactics as deceptive. The Jaguar's modest library of games did little to back up the 64-bit claim. Most of its 3D games were slow and clunky, and its 2D games, although sharp and colorful, often lacked the playability of similar titles for the Genesis or SNES.

It's also interesting to note that the system was touted as "Made in the USA" at a time when retailers were pushing American-made products. But by the time the system's price was slashed to $99, few gamers were taking the system seriously. The Jaguar's demise also spelled the end of Atari as a corporation, as the company was subsequently dissolved.

Console design: C+. Although some have compared its shape to that of a toilet seat, the Jaguar console is actually a slick looking, uncluttered machine. Its only control is a bright red power button, and its two controller ports are tucked neatly under the front edge. Both the system and its CD attachment feel very lightweight and their thin plastic shells suggest cheap construction. The ports to attach video cables in the back look like exposed ends of a circuit board, suggesting that Atari was cutting corners in a big way.

Console durability: B/D. The Jaguar is solid state, although its lightweight construction does not inspire confidence in its durability. The CD attachment is fragile and prone to loading problems. I've personally encountered problems with my system not being able to determine if I was trying to run a CD game or cartridge.

Controllers: D. For a console released in 1993, a controller with only three buttons is unacceptable. And why are they ordered C-B-A?? By the time Atari got a clue and released an eight-button replacement (complete with shoulder buttons), it was too late. And while Atari's controllers sported a complete numeric keypad, it took up a hell of a lot of room, and few games took advantage of it.

Media: B/B. Jaguar cartridges are about the size of a Genesis cartridge, but feature a curved, rounded "handle" on the top edge. The utility of this is questionable; how many people have trouble pulling cartridges out of their consoles? None, at last count. Worse yet, it didn't allow for an end label. As for the CD games, they really don't offer anything over the cartridges, except they add load times and are more fragile. 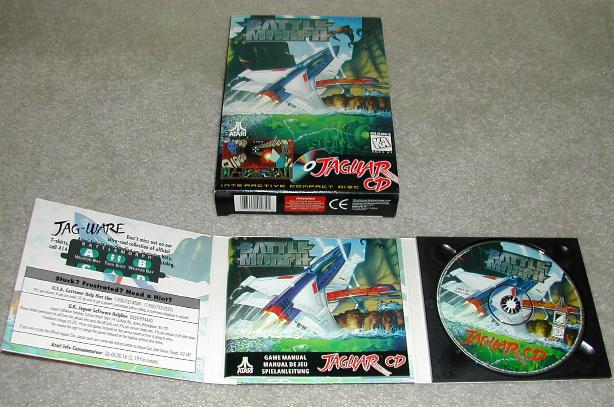 Packaging: C-/F. Jaguar cartridge games are packaged in cardboard boxes much like those used for the old Atari 2600 games. Although the cardboard itself is thin and cheap, the Jaguar's red and black color scheme is attractive. The instruction manuals are printed in dull gray and white, and often include translations in several languages, making them inordinately thick. The CD titles are packaged in taller boxes containing mostly air. The CD itself is housed in a three-panel cardboard foldout. Why Atari didn't use standard CD jewel cases is a mystery, but at least it's consistent with the rest of their poor decision making.

Games: D. A disproportionate number of Jaguar games are simply awful, but there are a few standouts. Alien Vs. Predator is an ambitious first-person shooter that lets you play as an alien, predator, or marine. Tempest 2000 is a visually arresting update to the classic coin-op. Iron Soldier 1 and 2 provide some intense, albeit slow, polygon shooting action. On the other end of the spectrum, you have the polygon-challenged Club Drive and the embarrassing White Men Can't Jump. Atari dipped into their old catalogue to update Defender and Missile Command, but these new versions are nowhere near as fun as the originals. Atari's one-on-one fighters (a red-hot genre at the time) look terrific but lack the tight gameplay of Street Fighter II or Mortal Kombat. On a side note, in recent years a small Internet-based company has released several brand new Jaguar titles that actually harness the power of the system (at long last). 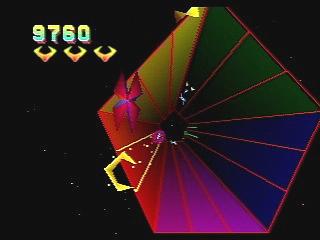 Graphics: C. For a system touting itself as 64-bit, the Jaguar's graphics were not impressive. The Cybermorph pack-in game showed some potential, but its 3D visuals were largely trumped by Star Fox, released for the SNES in the same year. Most of the Jaguar's polygon-based games have not aged well and are slow and ugly. The 2D titles have aged better thanks to their sharp, high-resolution graphics. Examples of these include Raiden, Cannon Fodder, and Rayman. The one must-have game for the system, the first-person Alien Vs. Predator, looks superb, but its animation is somewhat choppy by today's standards.

Audio: B. The Jaguar is capable of producing crisp digitized sound effects, and the music generated by games like Tempest 2000 is quite impressive.

Collectability: C. It's not easy to collect all the games for the Jaguar, but it's not too difficult to collect the best titles. Prices of games vary greatly, based on rarity and popularity. The base system is easy to acquire and relatively inexpensive. The CD attachment is somewhat rare, and its scant library of games makes it a questionable investment.

Check for Jaguar systems on Ebay
Atari Jaguar Game Reviews
System Review Index
Copyright 1999-2020 The Video Game Critic.  The reviews presented on this site are intellectual property and are copyrighted. Any reproduction without the expressed written consent of the author is strictly prohibited. Anyone reproducing the site's copyrighted material improperly can be prosecuted in a court of law. Please report any instances of infringement to the site administrator.