Although far less popular, the Atari Lynx was released around the same time as Nintendo's Game Boy. The Lynx was technically superior, boasting a full-color display unheard of for portables at the time. Despite this advantage the Atari Lynx had an uphill battle against the Game Boy which was fortified with big-name titles like Super Mario Bros., Pokemon, and Tetris. Additional competition appeared in 1991 when Sega entered the fray with its Game Gear system. Still, the Lynx battled for the high-end portable market and held its own for many years.

Large and heavy, the original Lynx pushed the limits of what could reasonably be considered a portable. Atari replaced it with the Lynx II which was more comparable to Sega's Game Gear. You might argue the Lynx was overengineered judging from its sheer bulk and complicated button configuration. Still, this heavyweight design gave it a durable quality that made the Game Gear feel cheap by comparison.

The Lynx has a small library but also quirky offerings you can't find on any other system. Certain titles like S.T.U.N. Runner and Warbirds did a good job of showing off the system's extensive scaling capabilities.

Considering its six-year run, the Lynx was one of the few bright spots of Atari's waning years. I obtained my refurbished Lynx II in the late 90's, albeit with one bad pixel. Today there are mods available to dramatically improve the display and even output to television. 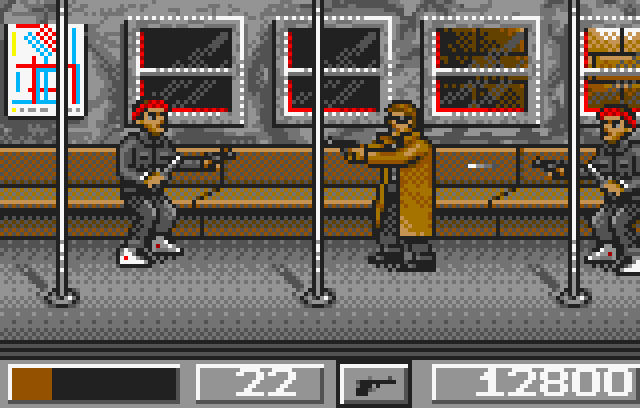 Design: C. The Lynx II has a form factor comparable the Game Gear but it feels much sturdier. The system has an inordinate number of buttons, including separate on and off buttons, and three "options" buttons. Some functions require you to press combinations of options, which is confusing. The system also has two sets of action buttons so the screen can be "flipped" to accommodate left-handed players. The Lynx II is relatively comfortable to grasp thanks to a pair of rubber grips on the back. The top of the unit features dials for volume and brightness, a headphone jack, and a comlink jack that I've never used.

Graphics: B. With a resolution of 160x102 the Lynx graphics look a little chunky. The sprites tend to be impressively large however and some of the the scaling effects are amazing. Although the color palette size is only 16, it's possible to display far more on the screen by changing palettes between scanlines. Tilting the system does wash out the screen, but to a lesser extent than the Game Gear, and the brightest dial comes in handy.

Size: C-. The Lynx is significantly thicker than the Game Gear and heavier.

Controls: C-. The buttons and directional pad feel a little too tight, resulting in fatigue after extended play. The options buttons are difficult to use effectively during a game.

Audio: B. I noticed Lynx games tend to have more complex audio than the Game Gear, so I give this system the slight edge.

Battery Life: B-. Six AA batteries would last 4-6 hours, about an hour more than the Game Gear. 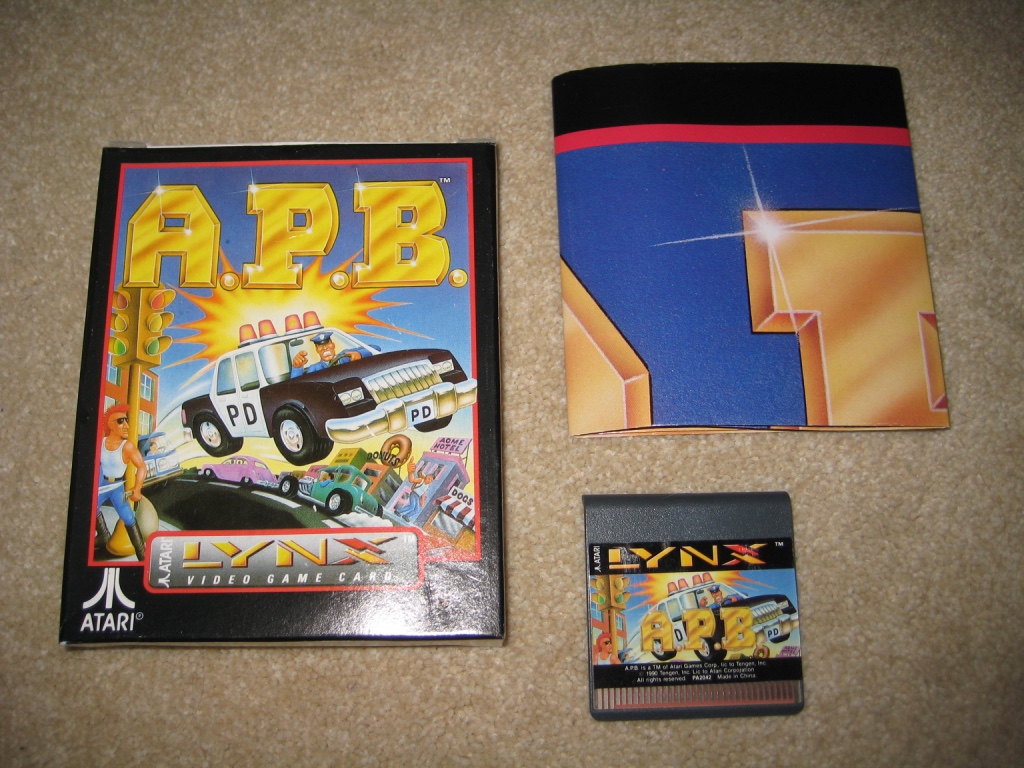 Media: A. Just the right size, the flat, curved carts were easy to insert and remove.

Packaging: C. The games were packaged in cheap white and gray boxes. Some of the instructions were on the back of folded posters, and they are a pain in the ass to read.

Games: C. The Lynx didn't have as many licenses as the Game Gear, but it did have a few big names like Batman, Ms. Pac-Man, and Ninja Gaiden. Unfortunately Atari didn't have a proper mascot and some of its original titles like Kung Food and Scrapyard Dog came across as just plain cheesy.

Collectability: B. The Lynx is an interesting console to collect for. Unlike other systems that are heavy on ports, the Lynx has a wide variety of original offerings - for better or worse.

Check for Atari Lynx on Ebay
Atari Lynx Game Reviews
System Review Index
Copyright 1999-2020 The Video Game Critic.  The reviews presented on this site are intellectual property and are copyrighted. Any reproduction without the expressed written consent of the author is strictly prohibited. Anyone reproducing the site's copyrighted material improperly can be prosecuted in a court of law. Please report any instances of infringement to the site administrator.