for Playstation 2 or Xbox 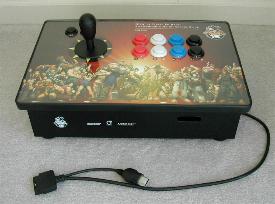 Street Fighter 2 is one of my favorite games of all time, and this elaborate controller is an ideal way to play the game. The joystick feels perfect, and the buttons are spaced just right. I've heard other critics complain that the start and select buttons are too close to the joystick, but this hasn't been an issue for me. I will admit that I wish the buttons were indented instead of slighted rounded on top. Thick and sturdy, this thing works great just sitting in your lap. I especially like how the top surface is covered in clear plastic, protecting the artwork underneath. The cord plugs into a Playstation 2 or an Xbox. The packaging is also top notch, with a lid that flips open to reveal the joystick under a clear plastic cover. A thin booklet and poster are also included. I had several friends put this controller to the test, and it's always passed with flying colors. 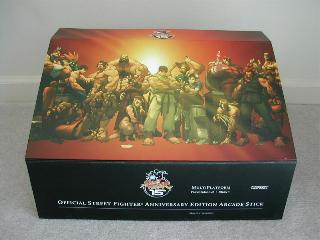 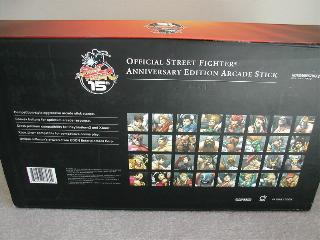 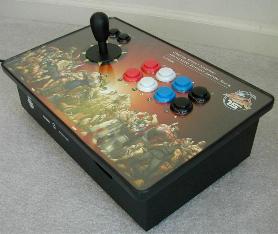 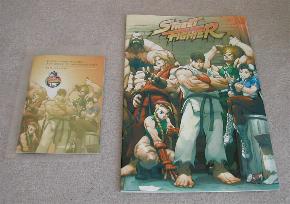