The Video Game Critic Reviews the 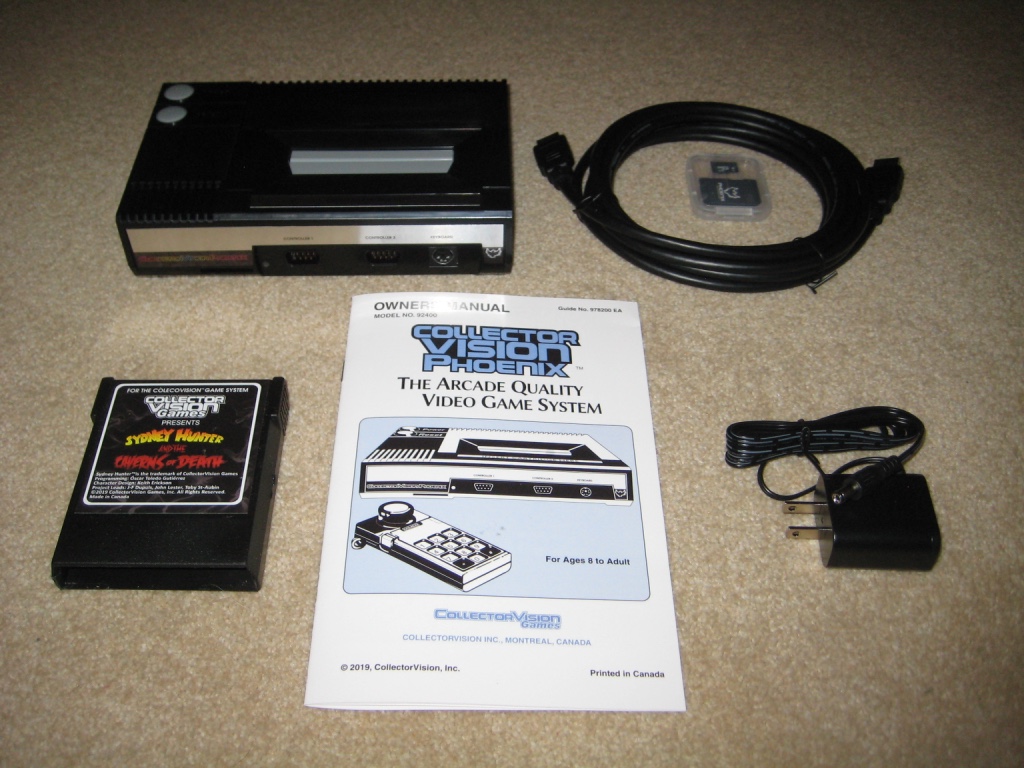 Originally released in 1982, the Colecovision is one of my favorite retro consoles. With first-rate translations of classics like Donkey Kong, BurgerTime, and Zaxxon, it was the first console to bring arcade-quality graphics home. Unfortunately the original system was not constructed of the highest quality components, so while finding a working Atari 2600 may be easy, finding a reliable Colecovision can be a frustrating endeavor. 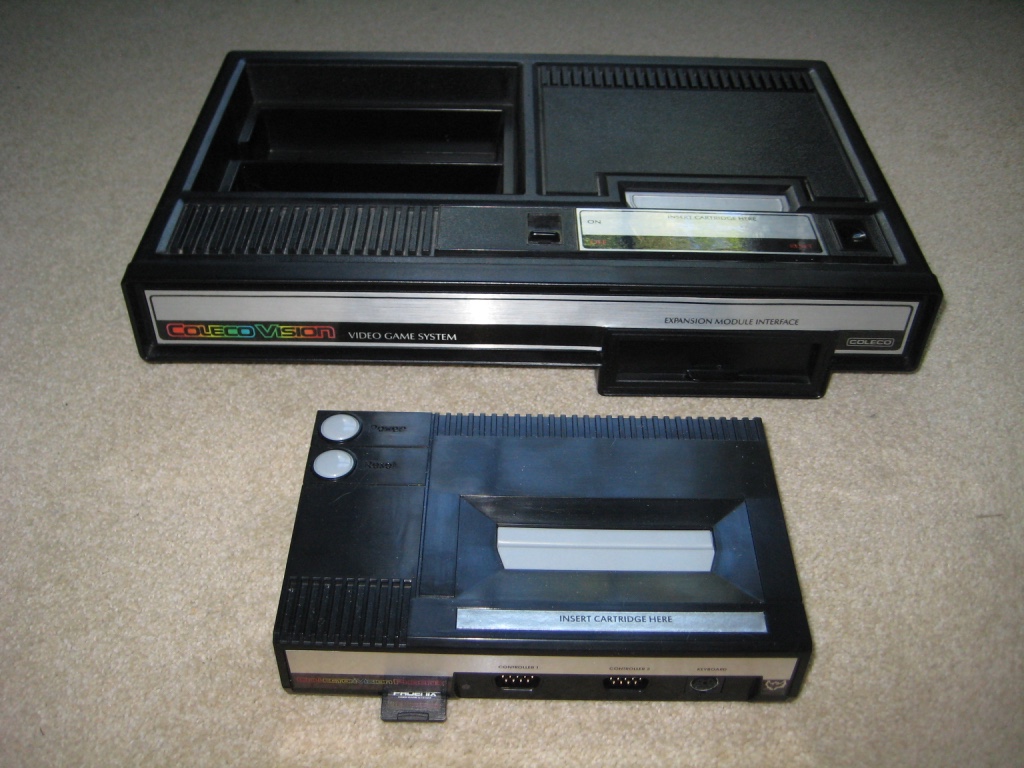 Enter the CollectorVision Phoenix. The little system not only runs all your Colecovision games like a champ, but connects to your TV via HDMI! That's right, you get to enjoy all your old favorites with the audio/visual clarity of high definition! Having owned several Colecovisions over the years that worked to varying degrees, this little box is the answer to my prayers. I had to wait over a year after pre-ordering for it to arrive (due to Covid) but it was worth it. 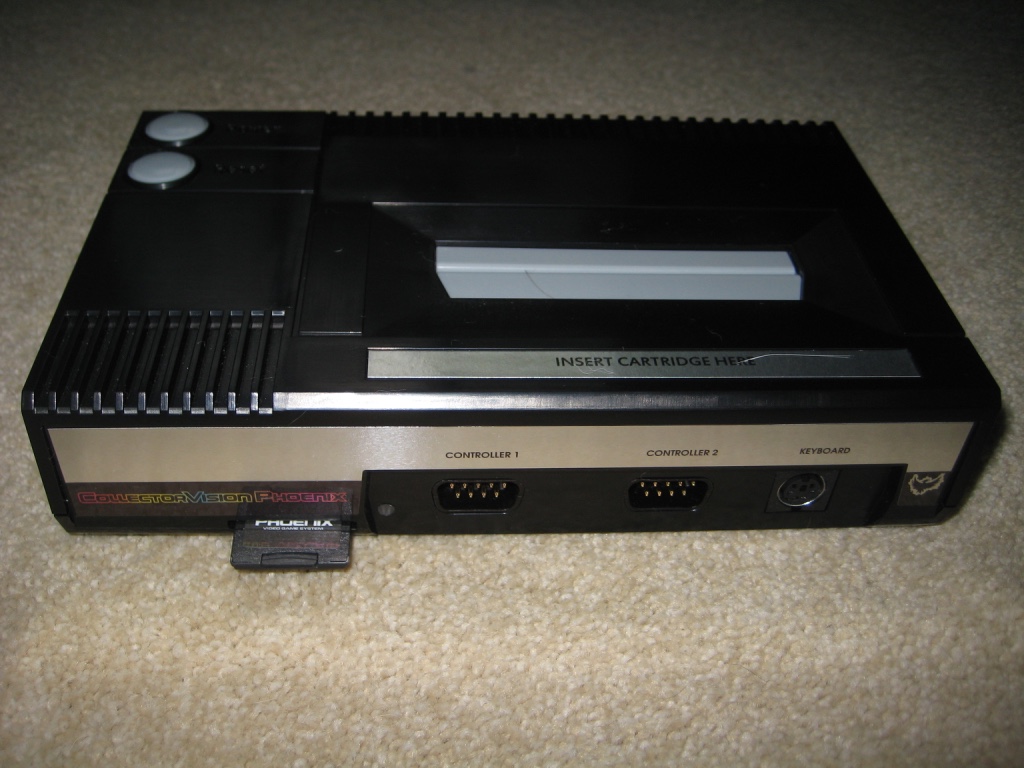 The system comes packaged in a nondescript cardboard box that includes the system, power cord, pack-in cartridge, and HDMI cable. It also includes an SD card loaded with several "digital" homebrews. Despite measuring only 8x4 inches, the system mirrors the aesthetics of the Colecovision with its black plastic, [fake] vents, and a silver trim. Unlike the original system however, its two controller ports are easily accessible from the front. Round power and reset buttons are located on the top left, and there's a small power light on the front. An expansion port can be found on the back, for what purpose I have no idea. 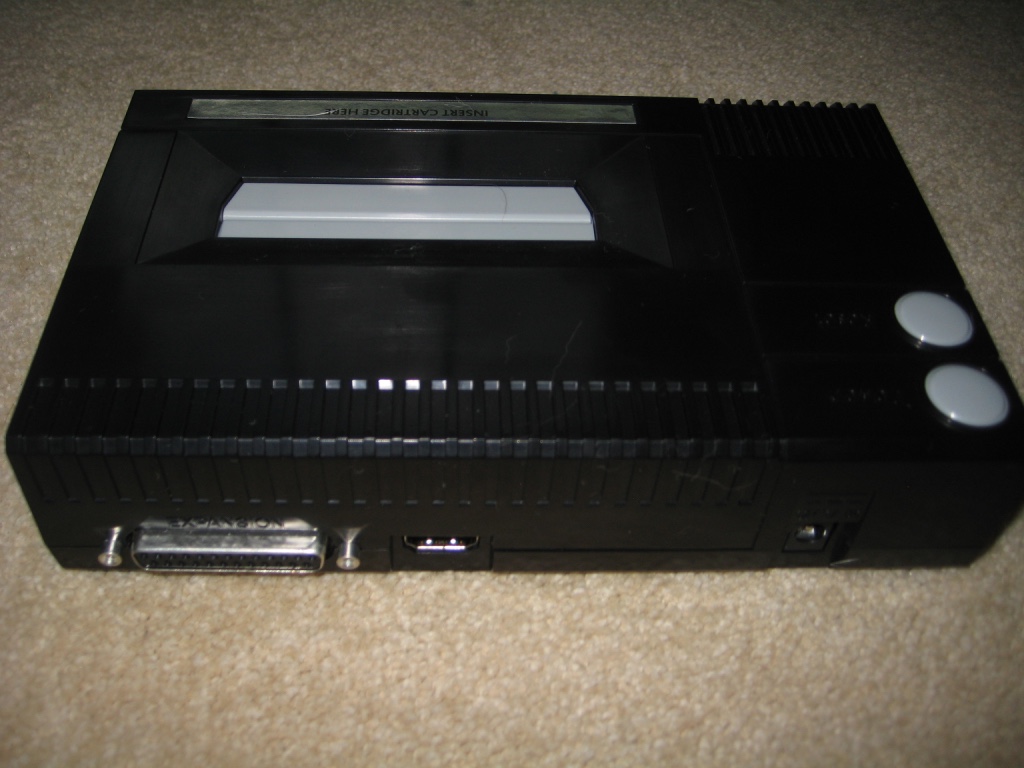 The CollectorVision Phoenix works like a charm. I tested a wide variety of games on this thing including Tutankham, Rocky, Galaxian, Venture, and Super Action Baseball. Each boasted visual details I had never noticed in the past. The sounds are crystal clear, but I must caution that some audio effects border on ear-splitting, perhaps due to the increased clarity. I imagine many of those tones were somewhat muffled back in the day when people were playing the games on a Zenith console TV (with built-in record player). 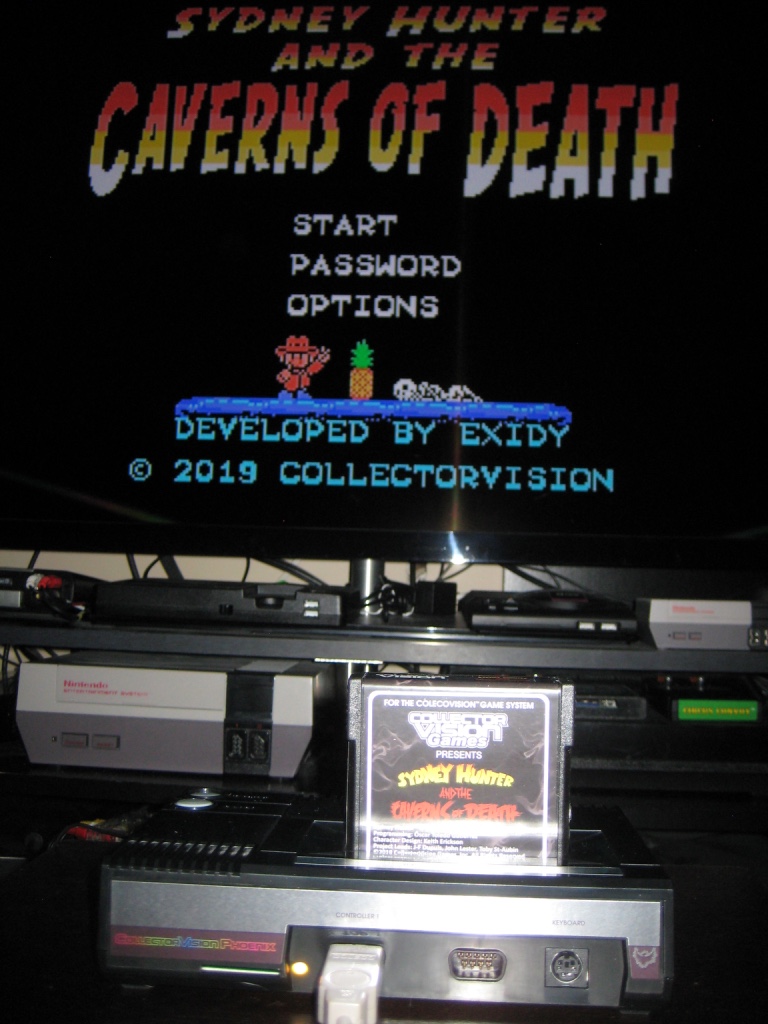 The system comes with an excellent manual done in the style as the original Colecovision. The pack-in cartridge, Sydney Hunter and the Caverns of Death, is a winner. This Indiana Jone-style adventure can easily stand shoulder-to-shoulder with all of your old Colecovision favorites. The selection of free digital titles is less impressive, most being half-baked knock-offs of arcade games like Missile Command and Tron. Still, Quest for the Golden Chalice caught my eye as a "re-envisioning" of Adventure for the Atari 2600. 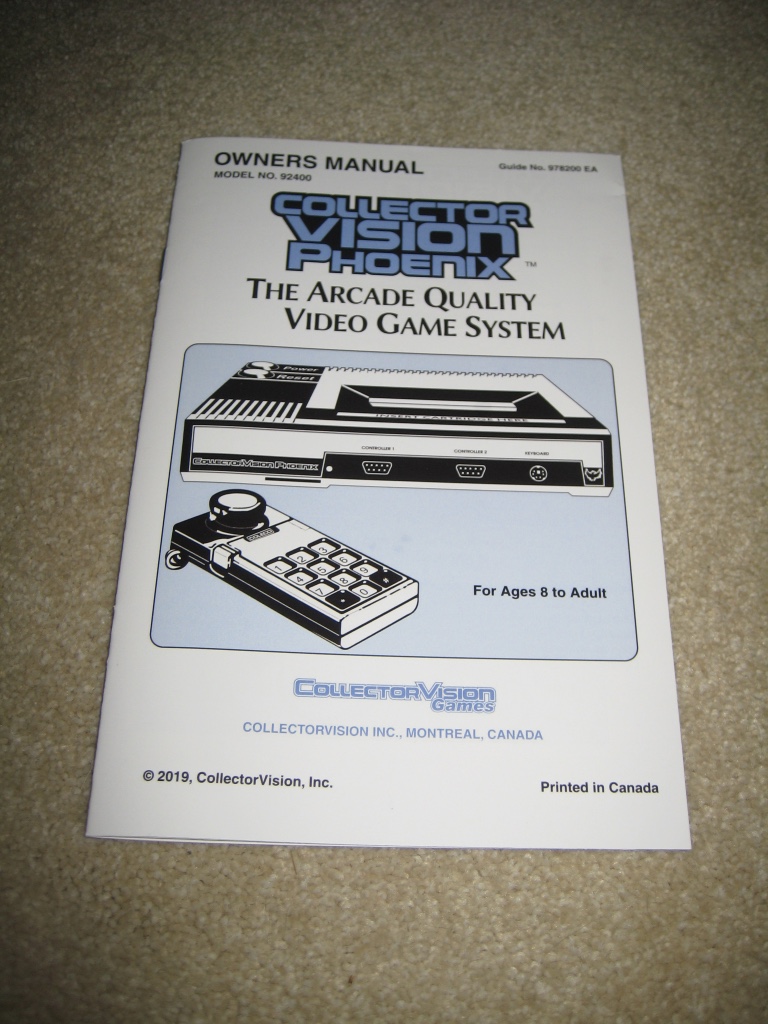 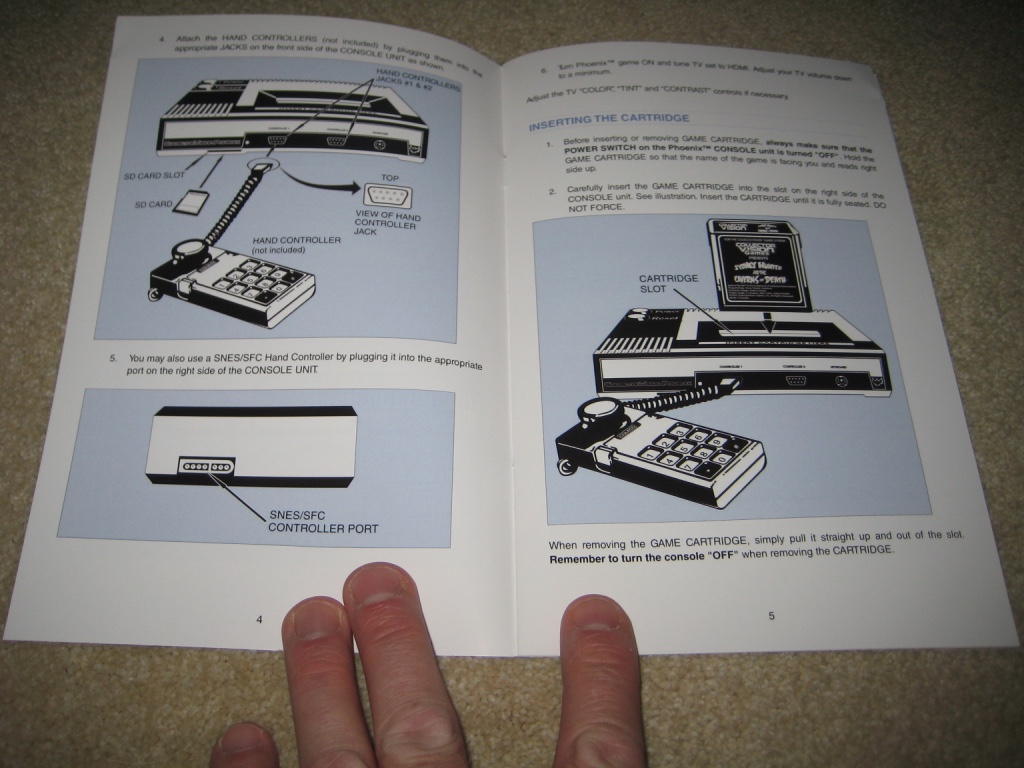 It's important to note that the system does not come with any controllers. You're expected to use standard Colecovision controllers with it, and that may turn some people off. Personally I don't mind using them for moderately-short play sessions. The "joystick" part of those controllers is definitely stiff but I like the soft side buttons and easy-to-press keypad. I paid close attention to see if there was any input lag but did not detect any.

To mitigate any controller issues the Phoenix has an ace in the hole. On the right side of the system is a single port allowing you to use a Super Nintendo controller with all your single-player Colecovision games. What about the keypad functions you ask? Well it turns out you can simulate the keypad by holding in the shoulder buttons in conjuction with the other buttons. It's a pretty ingenious idea that makes you old favorites a lot easier to play! 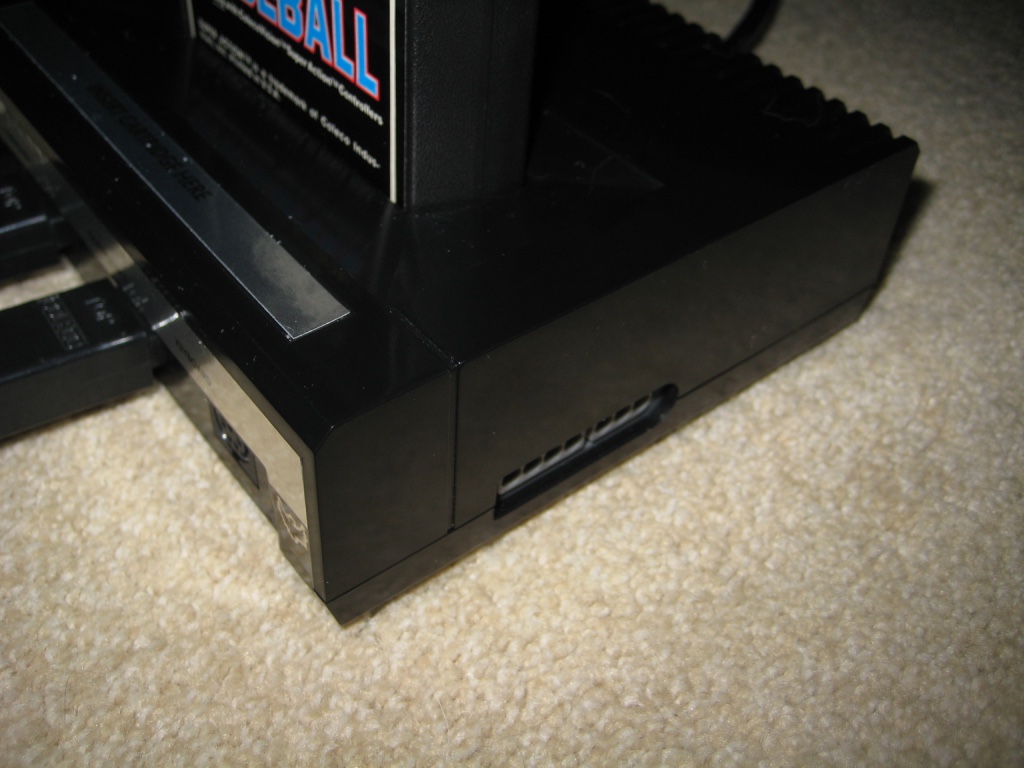 I'm sold on the CollectorVision Phoenix. Oh sure I'll hold onto my old Colecovision for collecting purposes, but when it comes to playing the games it will be hard to go back. Not only will this well-constructed system inject new life into your old games, but it goes a long way toward future-proofing your collection. Highly recommended!