After the video game crash of '83, many retailers and electronic manufacturers left the home video game market for dead, but a Japanese company called Nintendo saw an opportunity and took advantage of it. Although it was initially difficult to find retailers willing to stock a video game console, Nintendo cleverly managed to get their foot in the door by marketing the system as a toy. This was accomplished by packaging the console with a light gun and cool-looking but practically useless robot accessory. With a wide-open video game market and a runaway hit in Super Mario Bros, the NES took off and would dominate the home market throughout the 80's and well into the 90's. In fact, during the mid-80's the terms "video game" and "Nintendo" were practically synonymous with each other. The NES maintained strong sales well into the 16-bit generation, prompting Nintendo to release a redesigned top-loading model.

Console design: C. Resembling a Fisher Price toy more than a game console, the original NES sported a plain, box-like design with a cream and gray color scheme. A power button (with light) is located on the front of the console, along with a reset button and two controller ports. One curious feature is its front-loading, spring-equipped cartridge slot with a hinged cover. Apparently intended to protect the console's internals from outside elements, the long term consequences of this design proved problematic with regard to reliability.

Console durability: D-. Despite its immense popularity, the NES system was widely known to be prone to malfunction. Dirty games could easily contaminate the system, causing it to refuse to load. This resulted in the whole "blow-into-the-cartridge-first" phenomenon, which some NES die-hards swore to be effective. Today, finding an original NES in working condition is no small feat. In the early 90's, Nintendo replaced its original model with a more reliable top-loading version. This newer version was produced in limited quantities and is highly sought-after by collectors. 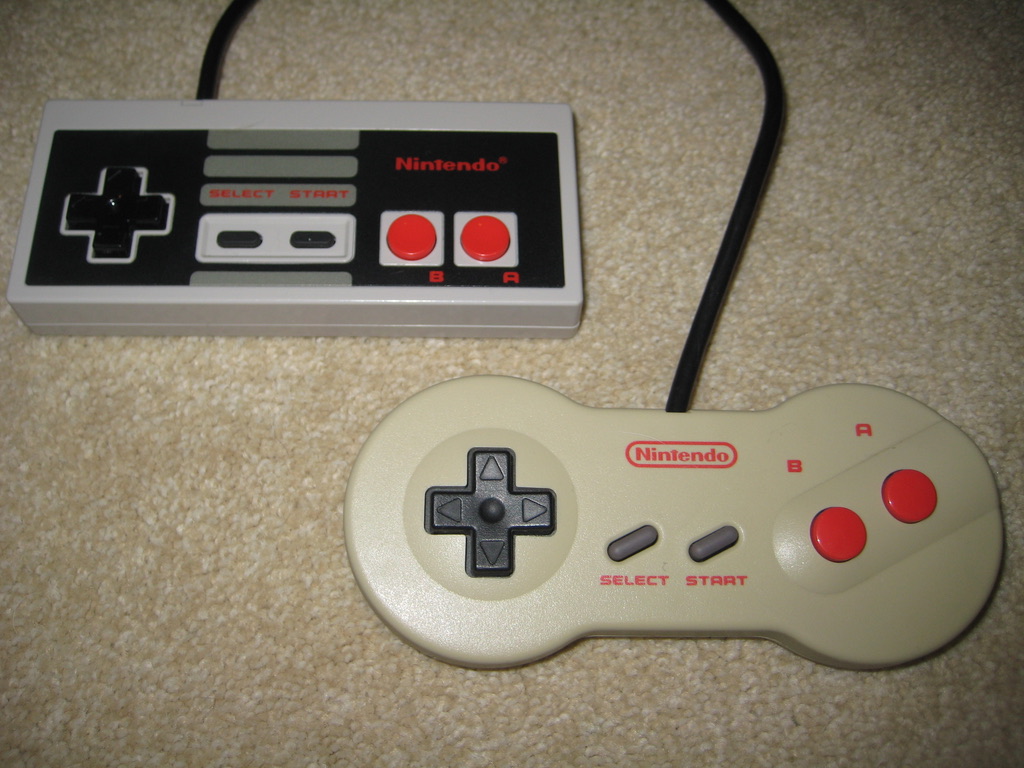 Controllers: A. Perhaps the greatest NES innovation was its streamlined, compact controllers, boasting four buttons (including Start and Select) and the first modern, eight-way directional pad (instead of a joystick). These comfortable controllers proved very durable and well suited to long playing sessions. Later in its life cycle, Nintendo replaced its original rectangular controllers with a new rounded design. A few interesting third-party controllers were released, including the "power glove" and "power pad" (for Track and Field), but these were mainly novelty items. 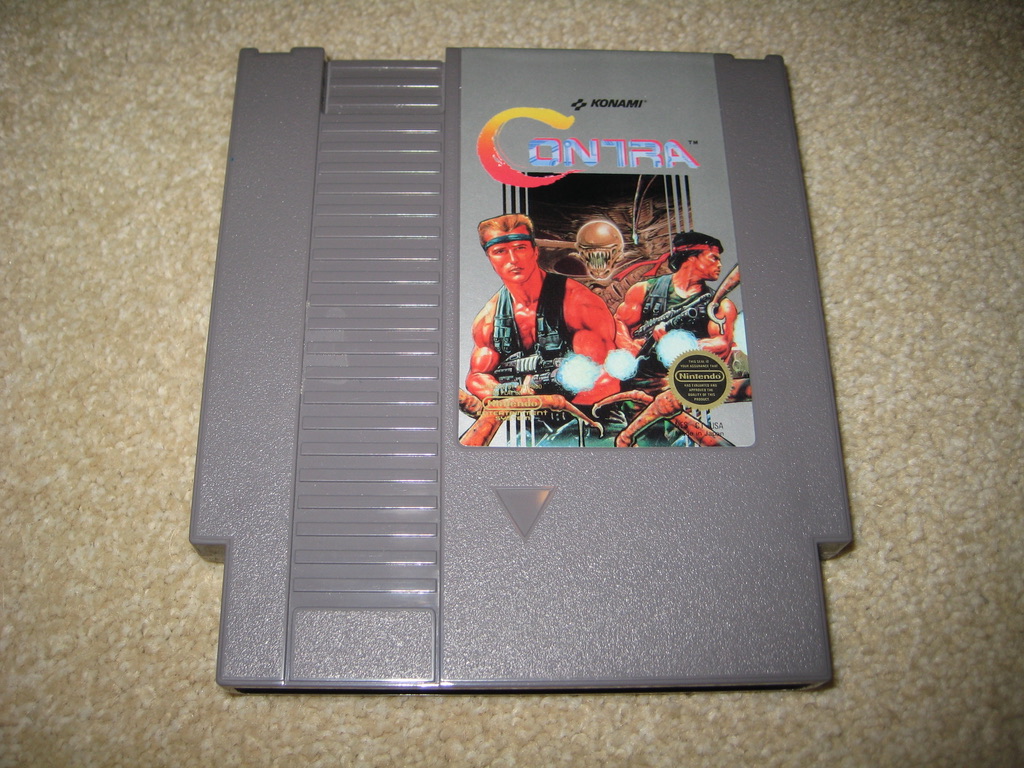 Media: B. Although far larger than they needed to be (there's mostly air inside), NES cartridges have a nice rectangular shape that makes them easy to organize on a shelf. The label on the front of the game contains a small section for artwork, and the sticker extends to the top edge where the name is displayed. One shortcoming of the NES cartridge design is its wide-open bottom with its numerous exposed pins that easily attract dust and dirt. Most licensed NES cartridges sport the same gray design, although the Zelda games were produced with flashy metallic finishes. Another notable exception are games made by Tengen, which have their own unique black shape.

Packaging: B. NES games were sold is boxes smaller than those for Atari 2600 games. In fact, these boxes were only slightly larger than the cartridges they housed! Cartridges came in protective black plastic "sleeves", but most of the time these were promptly discarded.

Games: A. The NES boasts an absolutely HUGE library of games, including numerous classics like Contra, Metroid, Legend of Zelda, Castlevania, and of course the Super Mario Bros series. With its bright graphics and fast gameplay, the system excelled in practically every style of video game, from sports to arcade to RPGs. Although the system had its share of old standards like Pac-Man and Galaga, many titles were innovative and pushed the limits of 2D gameplay. It's also interesting to note that Nintendo closely controlled third-party game developers by reserving the right to manufacture the cartridges for the system (hence the Nintendo "seal of quality").

Graphics: B+. Compared to the Atari 7800 or Sega Master System, NES visuals appear more colorful and vibrant. In addition, the system's fast, smooth animation lent itself to frenetic arcade action. There were limitations however, and when too many objects crowded the screen at one time, slow-down and/or "break-up" would inevitably occur. In the latter case, portions of objects or characters would momentarily disappear or flicker. Still, these issues tended to be only minor annoyances.

Audio: C. The NES was not known for its sound capabilities. Although it could produce some memorable harmonized music, attempts to digitize sounds or speech would usually produce incomprehensible scratchy noise.

Collectability: A. The NES is a terrific system to collect for, thanks to its great selection of fun, readily available games. Since most are 2D and simple to play, they tend to hold up very well over time. Although boxes and instructions are hard to track down, most manuals are available online, and many don't really require them. The hardest part is finding a reliable console.

Check for NES systems on Ebay
NES Game Reviews
System Review Index
Copyright 1999-2020 The Video Game Critic.  The reviews presented on this site are intellectual property and are copyrighted. Any reproduction without the expressed written consent of the author is strictly prohibited. Anyone reproducing the site's copyrighted material improperly can be prosecuted in a court of law. Please report any instances of infringement to the site administrator.