Released shortly after the Atari 2600, the Odyssey 2 attempted to carve out its niche in the home video game market by positioning itself as the "educational" console with the capabilities of a home computer. This bold claim was made possible by the system's built-in membrane keyboard, which no other console had. And while the Odyssey 2 did indeed support several educational titles, anyone who has used a membrane keyboard will tell you that it's difficult, if not impossible, to actually "type" using one. Even the best typists are forced to hunt-and-poke, since you can't actually feel the keys under your fingers. The Odyssey 2 never got much media attention or third-party support, and despite a loyal fan base, failed to be major contender.

Console design: D. The Odyssey 2 console is a large, metallic beast that looks even worse with the bulky voice module attached. The original model had hardwired controllers, but in later models these were detachable. The flat membrane keyboard is easier to clean than it is to use. The joystick wires are short, so you need to sit fairly close to the console as you play. 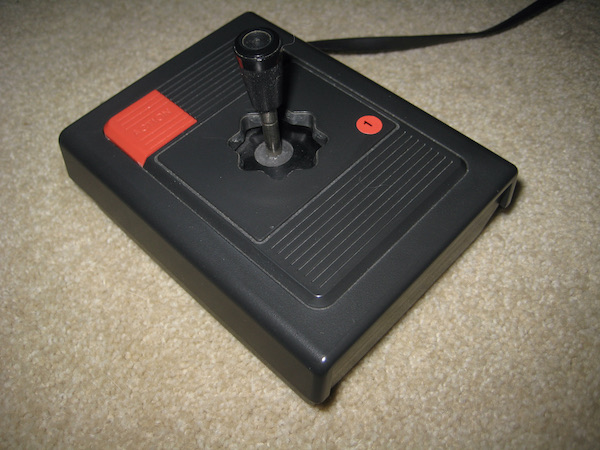 Controllers: B-. The Odyssey 2 joysticks are quite responsive and durable, which is fortunate since no third-party alternatives are available. They feature a single square fire button in the upper left corner. Comfortable and responsive, their unusual analog "feel" stands in stark contrast to their stiff Atari 2600 counterparts. 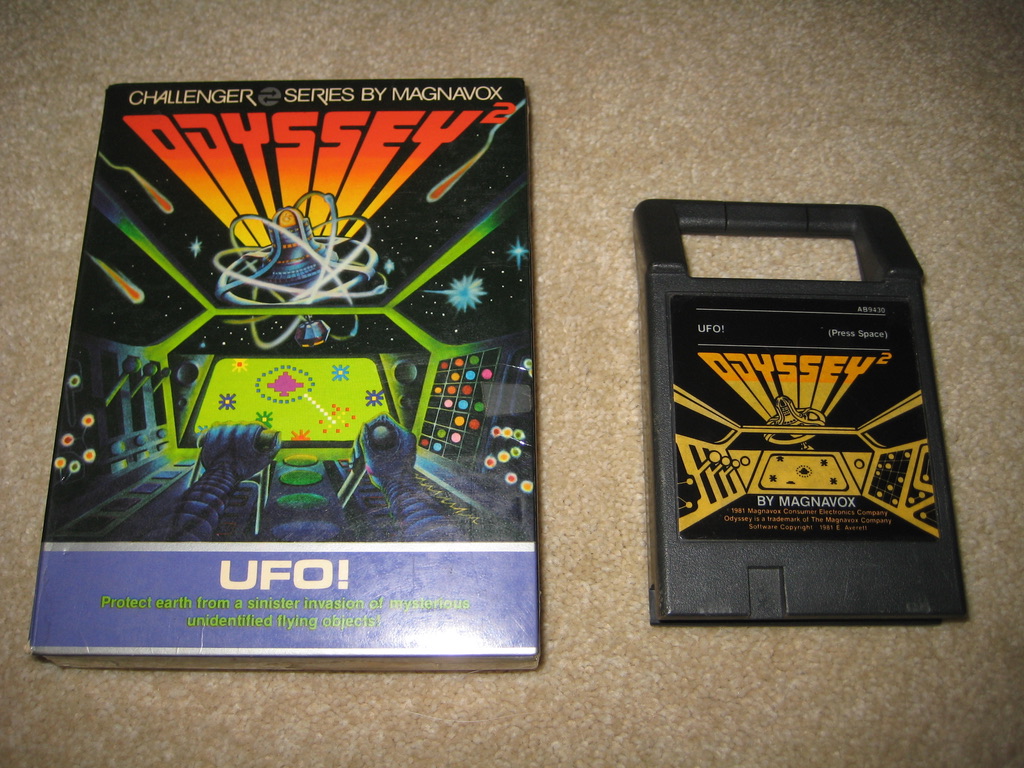 Media: D+. The Odyssey's black cartridges are roughly the same size as Atari 2600 games, but have large black handles on top. Personally, I think the handles look pretty dumb and preclude the possibility of an end label. The front labels are typically black and orange with minimal artwork. From a distance at least, every Odyssey 2 cartridge looks exactly the same.


Packaging: C. Odyssey 2 games were sold in small, glossy black boxes, with the front depicting colorful artwork "inspired" by the game. These boxes opened up like a book, with the cartridge on the right and the instruction manual behind the front cover.

Games: D. The Odyssey 2 has a small game library, and the majority of its titles were actually written by the same programmer. Some games are simplified clones of arcade hits like Pac-Man, Asteroids, and Defender, except most had the distinction of providing the player with only a single "life" (as opposed to the standard three). One highly touted feature was how the high scorer's name and total is constantly displayed on the screen at all times. In order to compensate for the system's graphic deficiencies and play up the keyboard angle, Magnavox released a series of board game/video game hybrids that were fairly well received by critics. The most popular was Quest for the Rings, which allowed two players to team up and battle monsters while collecting rings in dungeons. Unfortunately, the board games tended to be overly complex with a ridiculous number of tiny pieces. The Odyssey 2 received precious little in the way of third-party support, and the lack of high profiles titles was a major reason why the system never prospered.

Graphics: D. Although its games tend to be smoothly animated, the Odyssey 2's hardware was incapable of rendering background images, making the games look somewhat plain. In addition, the games were infamous for recycling the same shapes over and over - most notably the generic "man" figure.


Audio: D. The Odyssey 2 console itself has meager sound capabilities, but Magnavox did release a rather bulky voice module that plugs into the cartridge slot. Unlike the Intellivision voice component, the voice emanates from a speaker in the module itself, not from the television. The voice sounds like a middle-aged man, and it's exactly the same in all the games that support voice. It does little to enhance the gameplay, and actually sounds somewhat creepy. It does add a humorous element to some titles however, and definitely ranks up there in novelty value.

Collectability: D. From a collector's point of view, the Odyssey 2 is not the most desirable system. The consoles themselves are uncommon, and some of its best titles are the most difficult to find (particularly a complete Quest for the Rings). You're better off purchasing the "multicart", which features all the games ever released for the system and then some. Many of the the Odyssey 2's most common games have not aged well, particularly the lame sports titles. Only hardcore collectors will be looking to add an Odyssey 2 to their collections.

Check for Odyssey 2 systems on Ebay
Odyssey 2 Game Reviews
System Review Index
Copyright 1999-2020 The Video Game Critic.  The reviews presented on this site are intellectual property and are copyrighted. Any reproduction without the expressed written consent of the author is strictly prohibited. Anyone reproducing the site's copyrighted material improperly can be prosecuted in a court of law. Please report any instances of infringement to the site administrator.