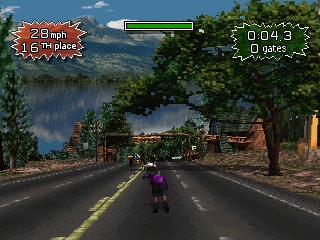 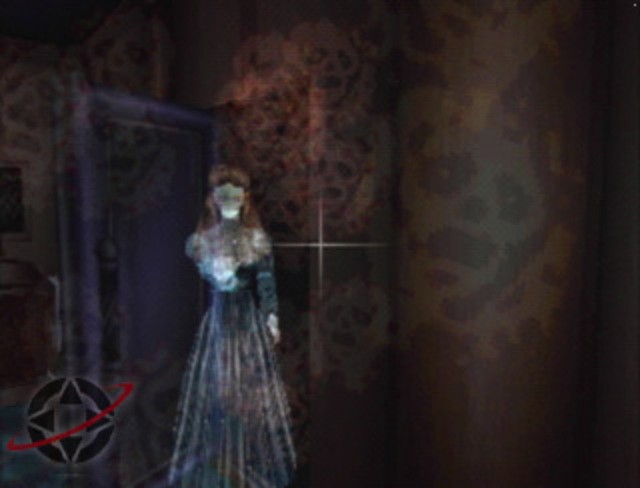 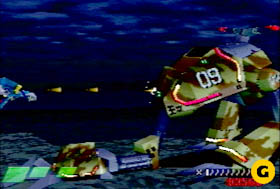 Rendered in graphically stunning 3D, Einhander ushered side-scrolling shooters into a new age. Its layered backdrops, swinging camera angles, huge adversaries, and realistic explosions make Einhander a feast for the eyes. There are several weapons available which you can aim on the fly. Einhander is fun, but you must always begin on stage one, and reaching the later stages is difficult and time-consuming. Also, since your ship is large and the bosses are huge, there's rarely enough room on the screen to maneuver around. It might not be a classic, but many fans of the shooting genre consider this an old favorite. © Copyright 1999 The Video Game Critic.
Find Einhander on eBay, Amazon, YouTube
Copy link to this review
1 player
If you like this game, try: Axelay (Super Nintendo),
Brain Age (Nintendo DS), Space Ranger (Philips CD-i),
Thunder Force V: Perfect System (Playstation), Scramble (Vectrex)
Elemental Gearbolt
Grade: A-
Publisher: Working Designs (1997)
Reviewed: 2020/7/12
Rating: Teen 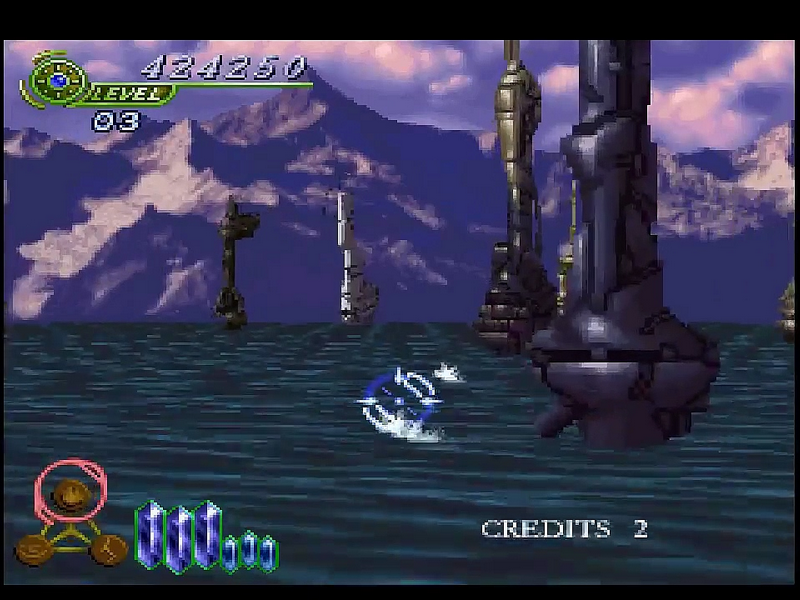