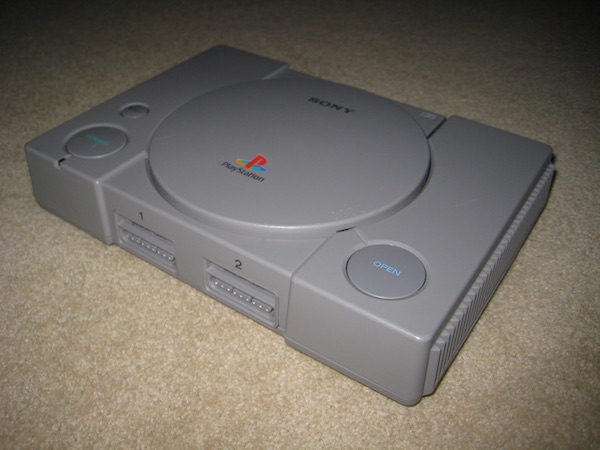 In 1995 Sony found itself in prime position to leap into the suddenly wide-open console market. The public's faith in Sega had been wavering after the 32X fiasco. Nintendo talked a good game about their next system but had nothing to show. Over-hyped consoles like the 3DO and Atari Jaguar had fallen to the wayside. Sony did its homework early by getting plenty of third-party publishers on board, providing them with an easy to use development kit. Many of these publishers were previously burned by Sega, and anxious to jump on the Playstation bandwagon.

Although Sega's Saturn had a head start on the Playstation by several months, Sony's launch was far more impressive, generating a huge amount of positive press. The race between the Sony Playstation and Sega Saturn looked as if it was going to be close, but Sony quickly pulled away and never looked back.

Externally the Playstation was attractively designed. Internally, the system was specially optimized to handle 3D graphics. Sony predicted that the future of gaming lied in polygon graphics instead of flat sprites, and they were right. The Playstation controller featured elongated handlebar-like grips and four shoulder buttons - both ground-breaking for the time.

As one of the best-selling consoles in history, the Playstation established Sony as the market leader in the console industry. This success would carry over to the next generation of consoles and beyond. Despite being supplanted by its backward-compatible successor (the Playstation 2), the original Playstation continued to be manufactured into the 2000's. In 2001, the system was redesigned into a tiny, rounder, white model, and renamed the PS One. 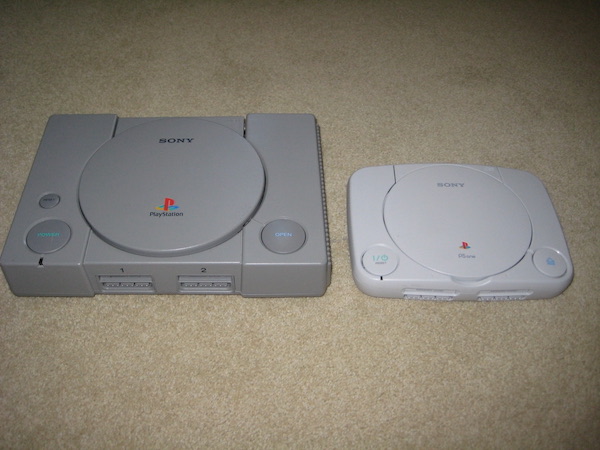 Console design: A. The original Sony Playstation had a clean, elegant design that was far more inviting than other consoles of its era. The system was also surprisingly lightweight and compact compared to the Sega Saturn. The top of the unit contains two large round buttons to provide the power and reset functions, and the front edge accommodates a pair of controllers and memory cards. Up to eight controllers can be connected at once with the optional "multi-tap" accessories.

The memory cards proved to be handy storage devices, but with only 15 "blocks" available on each, you may need quite a few to satisfy your game-saving needs. Gamers liked the fact that they would never run out of space and could transport their saved games to a friend's house.

Console durability: D. The original Playstation had a propensity to overheat, causing audio skipping, extended load times, and on rare occasions system failure. Gamers came up with some very imaginative workarounds, including setting their systems upside down during play. Early units were so prone to overheating that third party "cooling fans" were marketed for the sole purpose of addressing this problem. Sony eventually addressed the issue, and fortunately for them it never appeared to have an adverse effect on sales. 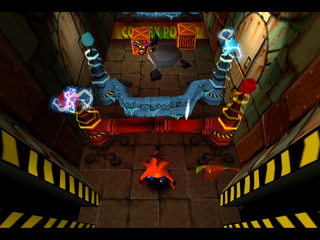 Graphics: A-. In its day the Playstation's 3D graphic prowess was unsurpassed. The very first game for the system, Ridge Racer, still looks impressive today with its smooth frame rate, bright arcade graphics, and textured-mapped roads. The Playstation's ability to produce clear video footage was demonstrated in early games like NHL Hockey and Warhawk, but this feature soon fell out of favor. The Playstation could also produce quality 2D graphics but Sony's policies tended to eschew 2D games in favor of 3D titles that would better demonstrate the system's capabilities.

Controllers: B. When designing the original Playstation controller, it was clear that Sony had learned from mistakes of the past. It featured a whopping ten buttons spaced out into a manageable configuration. While the main button layout mirrored the SNES design, it offered four shoulder buttons instead of two, and "handlebar" grips to give gamers something to grasp.

In the ensuing years, the Playstation controller has been altered only slightly, with the major changes being the addition of analog sticks and "force feedback" functions in 1997 and 1998, respectively. This updated design was basically the same used for the Playstation 2 controller. 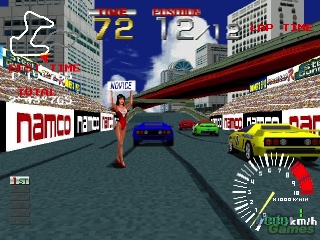 Packaging: D/A. Initially, Playstation games were sold in long cardboard boxes or long plastic cases like those used for the Saturn. In 1996 however Sony wisely switched to the more compact standard CD cases. Most gamers approved, as these are much easier to store and replace.

Pack-In Title: A. Far beyond any racing games of its era, the arcade-style Ridge Racer showed off the system's phenomenal 3D graphic capabilities.

Launch Titles: A. Twelve impressive titles were readily available including Battle Arena Toshinden, Air Combat, and ESPN Extreme games. Tekken would set the high-water mark for 3D fighting games, with its swinging camera angles and cinematic flair. There were even a few quality 2D titles in the form of Rayman, The Rayden Project, and NBA Jam. 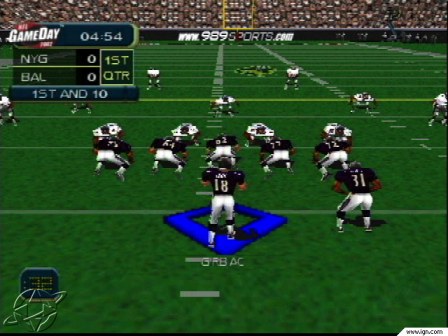 Library: A-. With a massive selection of games, the Playstation library is packed with groundbreaking titles. The Ridge Racer series provided arcade-style racing, and Gran Turismo set a new standard in realism. Likewise, the Tekken series set the high-water mark for 3D fighting games, with its swinging camera angles and cinematic flair.

Playstation sports games regularly bested their Saturn counterparts both in terms of graphics and playability. With Resident Evil and Metal Gear Solid, brand new genres of "survival horror" and "stealth action" were born. Crash Bandicoot and Tomb Raider were popular series that extended the platform and adventure genres.

One area lacking in the Playstation library is quality 2D games. This was largely due to Sony's own policies which discouraged publishers from released non-3D titles. Although there are a few highlights like Street Fighter Alpha and Castlevania Symphony of the Night, 2D titles are generally few and far between.

Collectability: B. With hundreds of available titles the Playstation is an easy system to collect for. Most games are housed in standard CD jewel cases, so it's no problem locating affordable new games and complete used titles. The systems themselves are readily available and inexpensive to acquire, but older models tend to be less than reliable due to the overheating issue. While many first-generation polygon games look somewhat ugly today, there are more than enough outstanding Playstation titles that have passed the test of time.