Entering the mid-2000's Sony was poised as the clear leader of the video game console industry. Seeking to expand their influence, Sony marketed the Playstation 3 as a multi-media device. Sony was banking on Blu-ray, a high-definition disc standard competing head-to-head with HD-DVD. The PS3 included a built-in Blu-ray player, a hard drive, and a built-in wireless network interface. The console was outfitted with a variety of ports to accommodate all sorts of cards and media. Sony seemed to have overlooked one critical aspect: the games! The initial launch titles were not impressive and the high price of the hardware ($600) made consumers balk. Ironically, it was the ever-popular and still-selling Playstation 2 that helped keep Sony afloat as the Playstation 3 hemorrhaged money in its early days.

As it turned out, those expensive Blu-ray drives were not ideal for games, and the load times for many early games was painful. Over time Sony and other publishers began incorporating mandatory installation processes to ease load times of their games. Between the installs and tedious system updates, the process of playing a new game could be excruciating. One side effect is that the hard drives of many PS3's began to fill up, necessitating that Sony start shipping the consoles with much larger capacity.

In 2010 Sony released its Move motion-sensing game controllers. A hybrid of Microsoft's Kinect and the Wii's motion technology, Move was well received for its accuracy, but never had much of an impact. Its highly derivative nature made it look like Sony was copying off of the other companies, which of course they were. 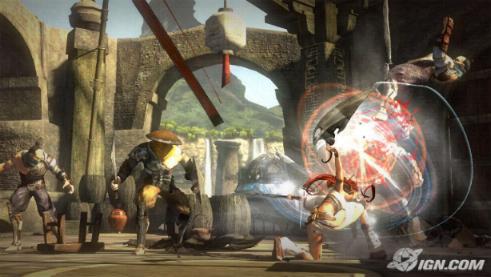 The Playstation 3 was the number three console for most of this generation. The eventual adoption of Blu-ray proved a good selling point, but Sony stumbled badly in the on-line arena. While its on-line services were offered for free, they proved the old adage "you get what you pay for". Not only was Sony's on-line experience inferior to Xbox Live, but in 2011 a major security breach leaked the personal account information of millions of customers. It was a public relations nightmare, and Sony was clearly in disarray. After taking a back seat to both Microsoft and Nintendo this generation, the Playstation name doesn't carry nearly the weight it once did.

Appearance: A-. The original Playstation 3 is an impressive beast that looks positively "Darth Vader" in appearance. Weighing in at a hefty 10 pounds, the system feels heavy but sturdy. It can be situated upright or on its side. Its shiny surface looks attractive but tends to collects dust like a crime scene. The front of the system is clean and uncluttered. The disk port sucks in disks and a compartment reveals a set of ports for various cards you'll probably never use. The lower front edge is lined with four USB ports, which are mainly used to recharge controllers. The power and eject switches are flush with the top panel, and you need to hold in the power button to turn off the system. Unlike the Xbox 360, the power supply is contained within the unit, accounting for much of its weight.

Noise: A-. The Playstation 3 is very quiet when playing games, although a fan kicks in when playing Blu-ray discs.

Functionality: C. The Blu-ray drive is great for watching movies but slow to load games. This necessitates an install process for many games, which is tedious and time consuming. Considering how many modern games are several gigabytes in size, this can also fill up your hard disk. The ability to charge controllers by connecting them to the console is a great feature. The system has a built-in wireless network interface, but its ability to pick up network signals is somewhat weak. The early versions of the system featured full PS1/PS2 backward capatibility via hardware. However, in order to save money Sony relied on software emulation in later models, which by its nature is inferior. Eventually Sony removed the backward compatibility feature altogether.

Reliability: B+. I've heard several people report broken PS3's, but nothing on the order of the Xbox 360. 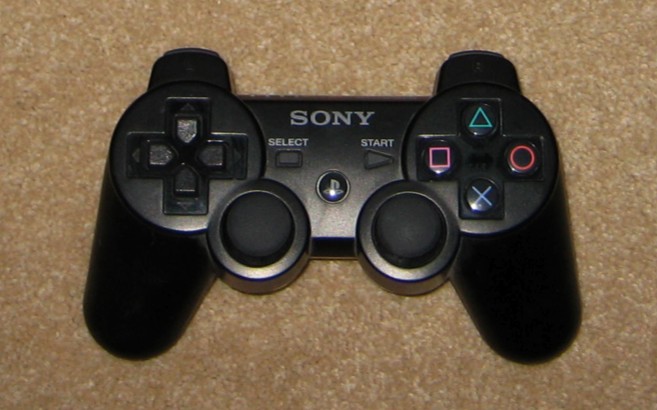 Graphics: A. Sony indicated that the PS3 was more powerful than the 360 in terms of graphics, but you'd be hard-pressed to notice a difference.

Controllers: C. The initial controller packaged with the PS3 (the "Six-Axis") was a serious disappointment. Lacking any degree of innovation, it is basically a wireless PS2 controller. It's hard to comprehend that Sony thought the controller was so perfect there was no way to improve upon it. Moreover, the controller was actually less capable than the PS2 controller, as it lacked the vibration capability that had become standard. In 2007 Sony resolved the lawsuit and released the Dual Shock 3, which was an improvement, although the curved shoulder buttons are still poorly designed. The fact that the controllers can be charged by plugging them into the console is probably their best feature.

Media: D. Blu-ray discs can hold a ton of information but most games can't benefit from the huge storage. The Blu-ray reader in the PS3 consoles is slow, and its long load times and require pre-installations can test your patience. With advancements in technology, Blu-ray may fare better in the next generation of systems.

Packaging: C-. Playstation 3 games are packaged in transparent boxes slightly smaller than normal DVD cases. The top portion of the box is hollow, which looks cheap and is a waste of space.

Games: C. The PS3 library got off to a slow start but has grown over time. One thing the PS3 has going for it is its high-quality first-party games. Sony tends to get the most out of its system, delivering exclusive titles like Uncharted, Motorstorm, God of War, Little Big Planet, and MLB: The Show. The third-party titles are genearlly just a subset of those available for the Xbox 360. The PS4 is not natively backward compatible with PS3 games.

Collectibility: C. If you want a Blu-ray player, the Playstation 3 is a pretty good deal. For pure gaming however it's hard to justify it over the Xbox 360. Still, the system is the most advanced and reliable of its generation, which means it will probably age better than its competitors. In fact, the PS3 may still have many good years ahead of it.

Check for Playstation 3 systems on Amazon
Check for Playstation 3 systems on Ebay
Playstation 3 Game Reviews
System Review Index
Copyright 1999-2020 The Video Game Critic.  The reviews presented on this site are intellectual property and are copyrighted. Any reproduction without the expressed written consent of the author is strictly prohibited. Anyone reproducing the site's copyrighted material improperly can be prosecuted in a court of law. Please report any instances of infringement to the site administrator.