Despite contributing very little to the evolution of video game systems, the Playstation 4 still managed to become the default console of its generation. While Microsoft and Nintendo were trying to pull the market in new directions, Sony released a straightforward machine that edged out its competitors in terms of raw horsepower. Unencumbered by motion or touch controls, the system was a pure gaming console with a sensible name, and that was enough.

The Playstation 4 (PS4) console is streamlined and compact but unimpressive. Its controllers are slightly wider versions of the PS3 model, which in turn were basically wireless versions of the PS2 model. Being the market leader from the start, third-party publishers flocked to the PS4, ensuring it would have all the blockbuster titles like Madden, Mortal Kombat, Call of Duty, Star Wars Battlefront, and Batman: Arkham Knight. The system isn't really known for its exclusive titles, although Uncharted 4 and Bloodborne are standouts. 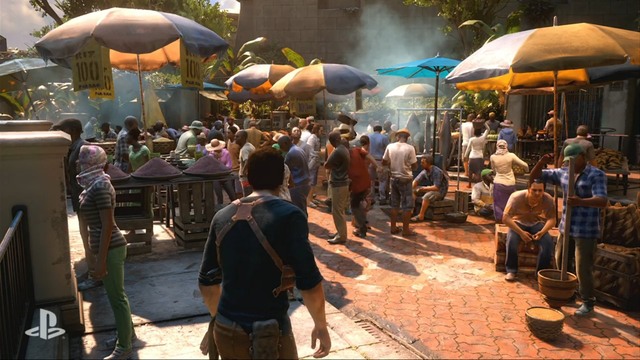 Like the Xbox One, PS4 discs are little more than transportation mechanisms. Most big-budget games require installation to the system's hard drive, and with some games clocking in at a whopping 50GB, this is not a trivial operation. Instead of popping in the disc and enjoying a game you're subjected to a time-consuming, multi-stage installation process. And if your system is online the process is exacerbated by mandatory system updates and game patches. PC gamers are accustomed to this level of aggravation but frankly I'm astonished there hasn't been a bigger backlash from casual gamers. Once your hard disk becomes full you'll find yourself routinely "clearing out space" to make room for new games. God forbid you find yourself wanting to play an older game in your collection. You might want to grab a Snickers bar because you're not going anywhere for a while.

The Xbox consoles are known for having a superior online environment, as Microsoft has had many more years to hone their operations. The PS4 however has the benefit of behaving well whether online or off. This is important is you don't have reliable internet, or better yet just prefer to avoid the aggravation that an online system entails.

Sony recently released a slimline version of the PS4. I don't think it had as much to do with the size of the system as providing limited 4K support. Sony also released their own VR headset for the system - the first for a major console.

Console Appearance: C. The PS4 is surprisingly compact but its slanted brick design isn't exactly a work of art.

Console Functionality: F. The first time I set up my PS4 I couldn't figure out where to insert the disc or how to turn the thing on! The power and eject "buttons" are mere vertical slivers with microscopic icon labels. To this day I can never remember if the top button is power or eject. Adding insult to injury, these are the kind of overly-sensitive buttons that turn the system on if your finger accidentally brushes against one. If only powering the system off were so easy! It's actually a major hassle because pressing the power button only places the system into "standby mode". It's not obvious how to power-down the system outside of using a controller and the system menu. The front of the console contains two USB ports which is bare minimum considering they are required for charging, headphones, and special controllers. 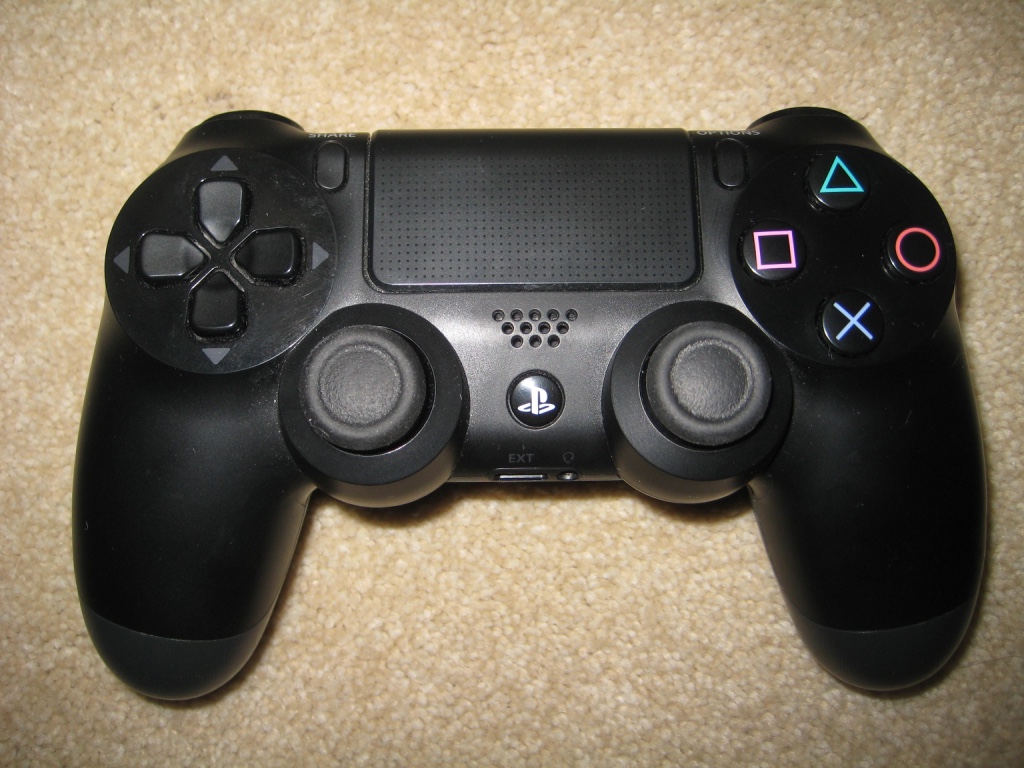 Graphics: A. The PS4 is considered to have the best graphics of its generation, although the games on both this and the Xbox One look exactly the same to me.

Controllers: D+. The PS4 controller is comfortable to hold, but it's clear Sony didn't know what to do with its buttons. The select and start buttons have been replaced with "share" and "option". Share apparently lets you broadcast your game to the internet (joy), but it feels more like a knee-jerk reaction to the social media craze. The option button serves the same purpose as "start" except it's tiny and awkwardly positioned. The touchpad is practically worthless. Most games only use it as an additional button, but it's not labeled! When prompted to hit a black button most people have no idea what the hell it's referring to. A colored light illuminates the back of the controller but appears to serve no purpose. The controller charges via a USB port on the console, but its charging cable is slightly different than the PS3 model (how convenient).

Media/Packaging: C. Blu Ray discs hold a ton of data and last forever. So why package them in these flimsy, cheap-looking blue plastic cases? The lack of manuals for PS4 games is simply a cost-cutting measure taken by companies to maximize profits at the expense of putting out a quality product.

Games: B. Being the market leader means the PS4 has the widest selection of titles to choose from. All the cutting-edge sports titles, first-person shooters, fighters, RPGs, and action-adventures are represented and they look great. The system also benefits from a growing selection of budget titles, independent games, and region-free imports. One area where the system lags is games for kids. Outside of the Lego titles it's slim pickings.

Collectibility: B-. The PS4 lacks exclusives but there's no shortage of quality titles. And since they work fine offline the games will continue to have value for the foreseeable future.

Next Page: Xbox One Console Review