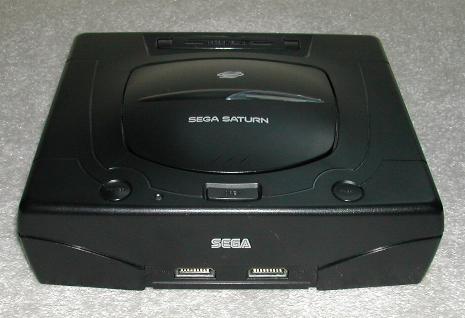 Cherished by its devoted fans but doomed to an early demise, the Saturn had too many cards stacked against it from the start. Fresh on the tails of its 32X fiasco, Sega desperately wanted to start anew with this full-fledged 32-bit system but the damage had been done. Even seasoned gamers like myself were reluctant to give Sega the benefit of the doubt.

In an ill-advised attempt to steal Sony's thunder, Sega released the Saturn several months ahead of the much-anticipated Sony Playstation launch. The Saturn's early offerings were less than compelling however. Compared to the Playstation launch titles, the system looked overmatched. Sega attributed the slow start to the long learning curve necessary for developers to harness the awesome power of the system, but this never came to pass.

It soon became apparent however that the Saturn's 3D graphic capabilities were substantially weaker than the Playstation's. In addition, the Saturn's dual-processor architecture was difficult to program, deterring many third-party publishers and delaying many high-profile games. The Saturn did eventually land some excellent titles, but by that time the Playstation had already pulled far ahead in the race.

My personal memories of the Saturn involve my buddy Eric who opted for a Saturn over the Playstation during Christmas 1995. I had purchased a Playstation in November of that year, and for weeks tried to convince himn to go with the Playstation instead. He was convinced however that a Sega system would deliver better sports titles, based on their history.

This assumption proved incorrect, as early Sega Saturn sports games were awful and Electronic Arts delayed its Saturn sports releases for months at a time. Eric actually called EA on the phone at one point out of sheer desperation to obtain information on upcoming games. Eventually Eric relented and bought himself a Playstation. Ironically, he gave me his Saturn and I've been enjoying it ever since.

Console design: A-. Thick, heavy, black, and boxy, the Saturn's conservative design was a natural progression from Sega's Genesis/Sega CD combo. The front of the system features two controller ports with reset and power buttons residing on the top. In theory up to ten controllers could be attached to the system via the optional "multi-tap" accessories. A cartridge slot is situated behind the CD lid, but even Sega seemed confused about its purpose initially. Ultimately the slot was only used for memory cartridges and "cheat" devices such as the Gameshark and Pro Action Replay.

Console durability: A-. Despite its pop-top lid, the Saturn has proven to be a very sturdy machine, and its CD mechanism is better than most. The only problem I've ever heard about is how the internal battery needs to be frequently replaced to keep the memory operational. Fortunately it's easily accessible. 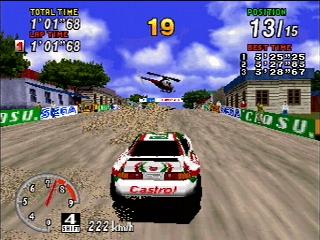 Graphics: C. Many early Saturn games looked clunky and disappointmenting. Titles like Virtua Fighter 2 and Daytona USA paled compared to their arcade counterparts, not to mention equivalent Playstation games like Battle Arena Toshinden and Ridge Racer. While the quality of games did improve with time, the 3D graphics never could match the Playstation, and most third-party titles (particularly sports games) looked and played better on the Playstation. 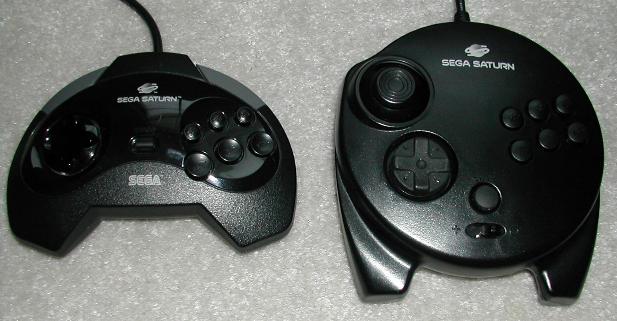 Controllers: C. Like the console itself, the Saturn controller was unremarkable. Basically an oversized version of the Genesis six-button controller, it also incorporated two shoulder buttons which I always found to be somewhat squishy.

In 1997 Sega would introduce a redesigned controller and package it with its new "Nights Into Dreams" game. Dubbed the "Saturn 3D Controller", it was oversized and round in shape, with improved shoulder buttons and a brand new analog control stick on the left side. The new controller was quite comfortable and backward compatible with old Saturn games. While it was introduced much too late in the Saturn's life cycle to have a significant impact, it did serve as a prototype of sorts for the forthcoming Dreamcast controller. 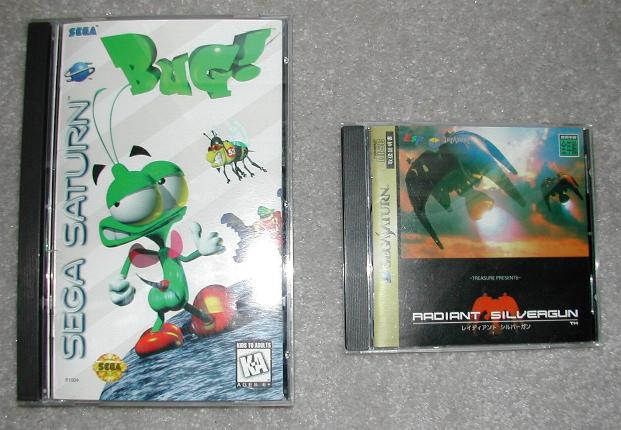 Media: A. The CD media proved to be ideal, and most Saturn games exhibit acceptable load times.

Packaging: D. The long, plastic boxes used to house Saturn games look good, and Eric used to always mention how they made him feel like "he was getting something for his money". Unfortunately, the quality of the plastic is the absolute worst, as they tend to crack very easily. I can recall on more than one occasion when Eric became infuriated after buying a brand new $50 game at a store, only to get home and discover the case was damaged! Across the ocean, Japanese Saturn games were sold in more sensible, standard CD cases, with a slick black and gold color scheme. 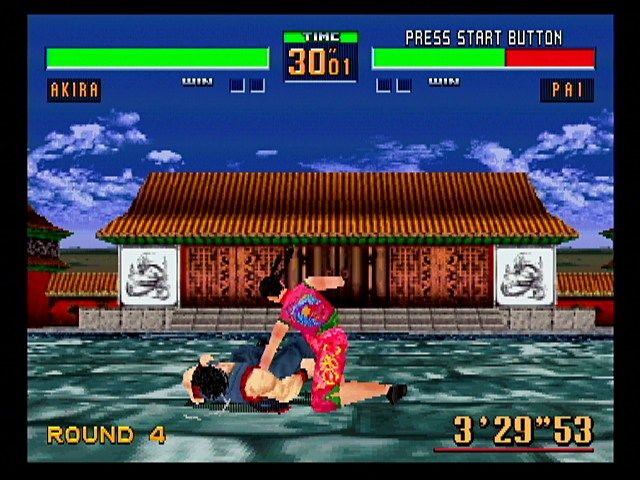 Pack-In Game: F. Virtual Fighter for the Saturn proved so disappointing, Sega eventually mailed out a replacement "Remix" version which came across an as apology.

Launch Titles: B-. While Clockwork Knight, Pebble Beach Golf, and Worldwide Soccer didn't set the world on fire, Daytona USA and Panzer Dragoon would turn out to be two of the system's flagship titles. 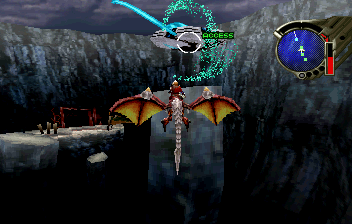 Library: C+. After getting off to a slow start the Saturn compiled a respectable library of games, although it's modest in size compared to the Playstation. Some 3D polygon titles tend to look a little ragged, but gems like Die Hard Arcade, Mass Destruction, and Daytona USA really hit the mark. Having been burned by Sega in the past, many third-party publishers balked at the Saturn. Most of the system's best titles were developed by Sega, including Panzer Dragoon, Virtual Cop 2, Burning Rangers, and Sega Rally.

The Saturn's sports selection took a while to get up to speed, but eventually delivered terrific titles like World Series Baseball and Madden Football. The Saturn has always been highly regarded for its excellent 2D games, which include Night Warriors, Shinobi Legions, and In the Hunt. Collectors will find many outstanding 2D shooters available via import, including the legendary Radiant Silvergun. Most hardcore fighting fans prefer the Saturn versions of 2D brawlers like Street Fighter Alpha and Marvel Super Heroes.

Remarkably, Sega's famous mascot Sonic the Hedgehog never made much of a splash on the Saturn. Apparently the system couldn't provide the horsepower to produce a legitimate high-speed, 3D Sonic title. Sonic Blast, Sonic R, and Sonic Jam were decent but lacked the fun of the 16-bit Sonic adventures.

Collectability: B-. The Saturn has a wide range of interesting and exclusive titles worth owning. The system itself is relatively inexpensive, although acquiring the best games can run into money. If you're into Japanese imports, you'll have a much wider selection of titles to choose from. It should be noted that although most import games can be run out of the box with "cheat" devices like the Gameshark, certain imports require additional memory provided by the Pro Action Replay Plus.

Innovations: Both a CD compartment and a cartridge slot, interal memory, memory cartridge