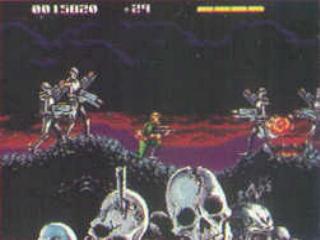 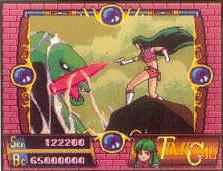 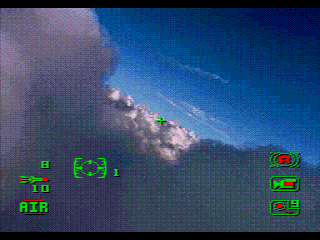 This flight combat simulator plays like an interactive video, seamlessly intertwining short video clips together based on your actions. Unfortunately, the video is extremely grainy and not very easy on the eyes. Between stages are acting scenes to advance the plot, and these are mercifully short. Once you get in the air, gameplay involves selecting icons on the screen and targeting enemy aircraft. Tomcat is really a twitch game played from a first-person viewpoint. Most of the time the icon you need to choose is blinking, but since you only have a few seconds to react, things can get pretty intense. Shooting down enemy planes is satisfying thanks to a nice variety of explosive video footage. Although you have no control of your plane's movement, the visuals are a nice mix of actual plane footage and computer-generated video. You can save your place between missions. Tomcat Alley isn't much to look at, but the gameplay was better than I expected. © Copyright 2002 The Video Game Critic.
Find Tomcat Alley on eBay, Amazon, YouTube
Copy link to this review
1 player
If you like this game, try: Tomcat F14 Fighter Simulator (Atari 2600),
B-17 Bomber (Intellivision), Airforce Delta (Dreamcast),
Stealth (NES), Super Huey (Atari 7800)
Trivial Pursuit Interactive Multimedia Game
Grade: F
Publisher: Parker Bros. (1994)
Posted: 2012/2/7
Rating: Mature Audiences (MA-13) 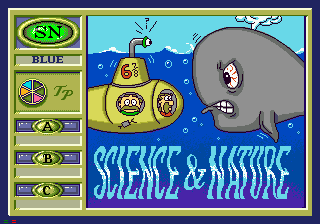