The TurboGrafx-16 (T-16) was the American version of the wildly popular Japanese "PC Engine" console. Although billed as the first 16-bit console, in fact it was powered by an 8-bit CPU. Its graphics chip however was 16-bit, and capable of displaying an impressive 512 colors simultaneously. The T-16 was also the first console to support a CD-ROM attachment, but NEC did a poor job of maximizing the potential of this feature. Failing miserably due to bad marketing decisions and tough competition from the Sega Genesis, in 1992 NEC turned over the system to Turbo Technologies Inc (TTI - formerly Hudson Soft). TTI released the Turbo Duo, a streamlined version of the T-16 with built-in CD and game-save capabilities. Unfortunately, the system became lost in the shuffle as the Genesis and Super Nintendo battled for market dominance. Despite its commercial failure in the US, the T-16 still had its share of great games, including the prehistoric-era platform jumping of Bonk, the multiplayer mayhem of Bomberman, and a series of critically acclaimed shooters.

Console design: T-16: C- / Duo: C-. The T-16 is a very compact system, made possible by its small game cards and single controller port. That's right, single controller port. If you wanted to play against a friend, you were forced to buy the five-port multi-tap! The Turbo Duo had a similar compact design, with a flip-top for loading CDs. The design of both systems is very plain and unexciting, and they feel lightweight and cheaply constructed.

Console durability: T-16: B / Duo: D. The Turbografx-16 has few moving parts, so it's not prone to breakage. The Turbo-Duo on the other hand is somewhat fragile. The CD door is flimsy, and I've had issues with my video input port. 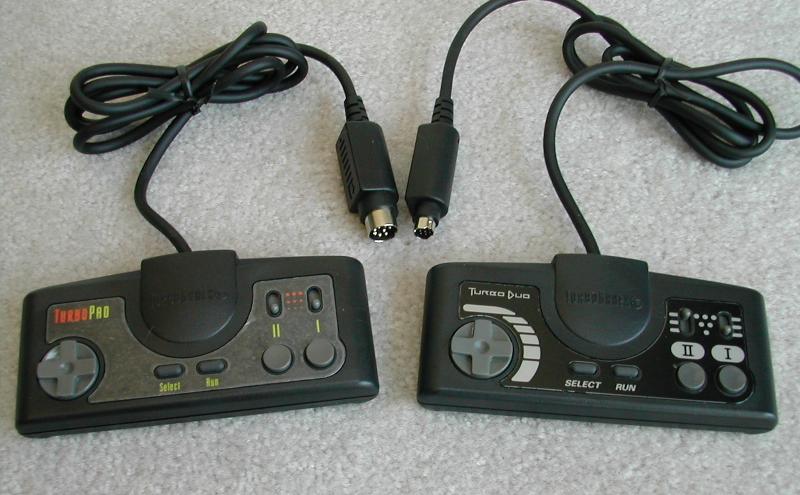 Controllers: T-16: B / Duo: B. Although the controllers for both systems are practically identical, for some reason they are completely incompatible without adaptors! I'm not sure why that is, except perhaps a strategy to sell more controllers. They are slightly larger than the NES pads but sport the same basic button configuration. There are four buttons: Select, Run, and two "action" buttons labeled "I" and "II" with their own "turbo" settings. Although the turbo switches may seem like a cheap gimmick, they actually come in handy in a number of T-16 games. In general, the controllers are very comfortable and responsive, but an extra button or two would have been nice. 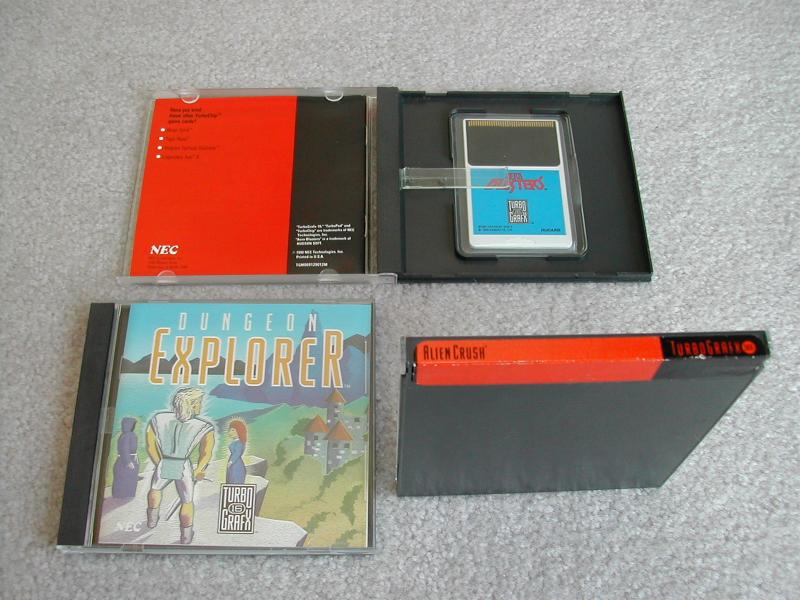 Media: T-16: B+ / Duo: A-. Although somewhat plain in appearance, the game cards for the Turbografx-16 are compact and durable. The CD games feature high quality music and surprisingly short load times.

Packaging: T-16: D+ / Duo: B. If there's one area where NEC clearly faltered, it was the packaging of Turbografx games. Although the idea of storing cards in CD cases is reasonable, the orange sticker along the spines of the cases looks ugly, and some games feature pathetic artwork. At least they're easy to store. The CD titles were an improvement, packaged like modern CDs.

Games: T-16: B- / Duo: B-. The T-16 mascot was Bonk, a funny bald-headed caveman who starred in a series of fun platform games. But the system was best known for its great shooters like Gates of Thunder, Galaga '90, R-Type, and Lords of Thunder. Another popular genre was its multiplayer games which included Bomberman and the "TV Sports" line. Although somewhat light on RPGs, Neutopia and Y's 3 were high-quality adventures.

Graphics: T-16: B / Duo: B. The systems' graphics and sound capabilities were clearly a step up over the NES, but not quite to the level of the Genesis or SNES. Although colorful and clean, the visuals lacked the detail and flashy effects of comparable Genesis games. This is most evident when Bonk is compared side-to-side with Sonic the Hedgehog.

Audio: T-16: B / Duo: A. At least as good as the Genesis audio, the T-16 was capable of generating clear digitized sounds and catchy harmonized music. With a "Turbo Booster" add-on, the T-16 could generate stereo sound. The audio was further enhanced by the CD attachment, which allowed for crystal-clear voices and music soundtracks.

Collectability: B-. For fans on the 16-bit era, the T-16 is a fun system to collect for. In general, the games for both systems tend to be easy to play and have an appealing arcade quality. In addition, most of the titles were not released on other consoles. A Turbografx-16 console is easy and cheap to acquire, but the Turbo Duo can be an expensive proposition. Complete games tend to be on the expensive side, starting at around the $20 price mark.

Check for Turbografx-16 systems on Ebay
Check for Turbo Duo systems on Ebay
Turbografx-16/Turbo Duo Game Reviews
System Review Index
Copyright 1999-2022 The Video Game Critic.  The reviews presented on this site are intellectual property and are copyrighted. Any reproduction without the expressed written consent of the author is strictly prohibited. Anyone reproducing the site's copyrighted material improperly can be prosecuted in a court of law. Please report any instances of infringement to the site administrator.