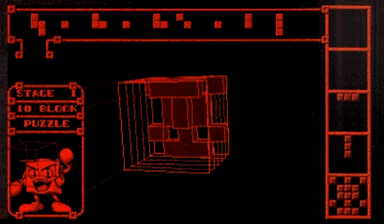 Not only is this one of the best titles for the Virtual Boy, but it may be the most innovative pinball game I've ever played! Galactic Pinball features four unique, well-designed 3D tables entitled Alien, Colony, UFO, and Cosmic. Each is loaded with cool targets, multiple flippers, and 3D mini-games. If you like those cool tubes and passages that run through many real pinball games, you'll really appreciate the ones that run both over and under these tables. The pinball actually looks more like a puck, but behaves just like a normal pinball would. The game's difficulty is just right and the variety of tables gives the game tremendous replay value. Complementing the sensational visuals is an excellent futuristic techno soundtrack. As icing on the cake, the cartridge saves all your high scores. Galactic Pinball is an amazing title for the Virtual Boy. © Copyright 2003 The Video Game Critic.
Find Galactic Pinball on eBay, Amazon, YouTube
Copy link to this review
Recommended variation: colony
Our high score: 2,246,500
1 player
If you like this game, try: Pinball Jam (Lynx),
Midnight Magic (Atari 2600), Pinball Quest (NES),
Pinball (Intellivision), Metroid Prime Pinball (Nintendo DS)
Golf
Grade: C
Publisher: T&E Soft (1995)
Posted: 2004/3/23 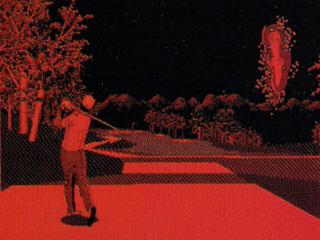 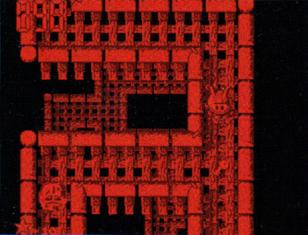