This unusual "portable" system proved to be a dismal failure for Nintendo. Developed at a time when "virtual reality" was anticipated to be the next logical step in video game evolution (wrong!), the Virtual Boy delivered true three-dimensional gameplay and simulated surround sound in a small, self-contained unit. Resembling a set of red goggles on a metal stand with a controller wired to it, the Virtual Boy was too weird for its own good. Its graphics were high-resolution and sharp, but rendered in monochromatic red on black. The system was actually capable of some extraordinary gameplay, but that was largely overshadowed by its controversial LED (Light Emitting Display) technology. Not intended for use by children under the age of seven, warnings on the box and in the manual cautioned about the possibility of permanent vision damage if the unit was not used properly! These also advised taking frequent breaks to avoid eyestrain and other health issues. The system manual was a veritable minefield of warnings, containing no less than 19 big red boxes! Understandably, this would freak out many parents, as well as alienate Nintendo's youngest fans.

Released just as the hot new 32-bit systems like the Playstation and Saturn were emerging, the Virtual Boy became lost in the shuffle and all but disappeared within a year's time. Still, anyone who's actually played the system can vouch for the surprisingly immersive experience it produces. Although the system's library of games is tiny (15 titles in North America), most took full advantage of the system's unique capabilities, conveying true depth and amazing effects. The Virtual Boy's controller is remarkably well designed, with a symmetrical button configuration, dual control pads, and comfortable handles. The unit also generates impressive "surround sound" audio without the need for earphones. Unfortunately, the system needs to be experienced first-hand to be truly appreciated. Since it couldn't be properly marketed on TV or in print, most people didn't know what they were missing. 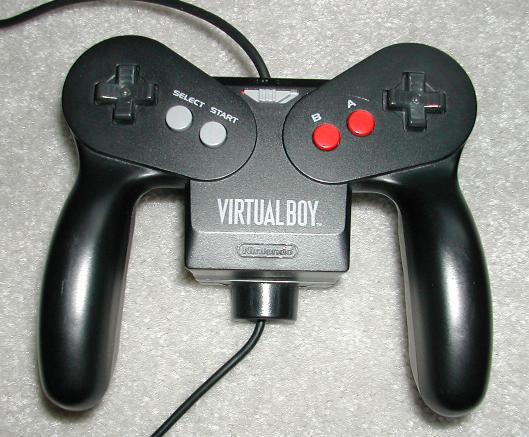 Like many gamers in the mid-90's, I was too consumed with my new Playstation to pay any attention to the Virtual Boy. Yet after acquiring a Virtual Boy years later, I now consider it an excellent addition to my collection. It's a total oddity, but even my friends are amazed by the quality of its games. The Virtual Boy should appeal to most collectors. Not only does it deliver a unique brand of gameplay, but both the system and games are readily available and relatively inexpensive.

Console design: D. Based upon its appearance, the Virtual Boy is hardly what I'd call inviting. It's an awkward contraption that needs to be meticulously adjusted and placed on a table of a certain height in order to feel reasonably comfortable. The eyepiece is made from a soft black material that molds to the face and does a great job of blocking out the light. Of course, even when it's properly set up, you'll want to limit the duration of your play sessions for health reasons. In reality, the warnings are more of a precautionary measure; I've never heard of anyone actually being injured from using this system. However, I must confess that my eyes definitely feel like they're "working harder" when I'm playing Virtual Boy. Some people simply don't trust gadgets that play tricks with their eyes, and who can blame them? And while the system was marketed as "portable", it was a terribly misleading claim. You obviously can't play it "on the go", and the manual even warns against playing it in a car.

Console durability: C+. The system is well constructed with sturdy metal legs. However, its delicate inner workings (which include mirrors) can easily break if the unit is dropped on a hard surface.

Controllers: A. It's a shame that so few gamers have had the pleasure to use this controller, because it's arguably one of the best ever created. Its symmetrical design is intuitive, incorporating dual directional pads, two buttons on each face, and two shoulder buttons. The fat handles are very comfortable to grasp. 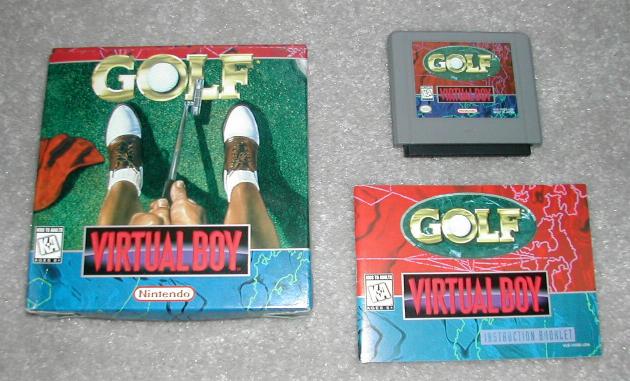 Media: A. Virtual Boy cartridges are small, thin, gray cards. They are small enough to transport in your pocket, but not so small that you'll lose them easily.

Games: B+. For a system that was DOA (Dead On Arrival), the Virtual Boy library contains some surprisingly strong titles. Most are easy-to-play, arcade-style games best consumed in small doses. Mario Clash, Galactic Pinball, and Wario World combine time-tested gameplay with nifty 3D effects. Virtual League Baseball, Mario Tennis, and Teleroboxer deliver rock-solid sports action, albeit single-player only. Despite its limited selection, the Virtual Boy probably has a higher proportion of quality games than any other console.

Graphics: B+. At a time when other systems were boasting about their ability to render thousands of colors at once, Virtual Boy's monochromatic graphics proved to be a serious liability. But this flaw was somewhat compensated for by the system's high-resolution, high-contrast display. The graphics look extremely sharp! In fact, once you get involved in a game, you'll completely forget about the lack of color. And while you might expect the 3D graphics to be more of a novelty, they actually play a substantial role in most games.

Audio: A. For a system not lauded for its audio capabilities, I was shocked by the high quality audio generated by this system. It mimics surround sound very well, contributing to the immersive quality of its games.

Collectability: C. This is an ideal system for collectors, offering a unique game experience unlike anything you've played before. It's quite possible to collect all of its 15 games. Since my initial review however the system has become somewhat rare and can be somewhat expensive to acquire.

Pros and Cons:
+ A very unique and immersive game experience
+ Excellent controller
+ Possible to collect all of the games
- Not suitable for children under the age of seven
- Only good for short play sessions
- One player only

Check for Virtual Boy systems on Ebay
Virtual Boy Game Reviews
System Review Index
Copyright 1999-2020 The Video Game Critic.  The reviews presented on this site are intellectual property and are copyrighted. Any reproduction without the expressed written consent of the author is strictly prohibited. Anyone reproducing the site's copyrighted material improperly can be prosecuted in a court of law. Please report any instances of infringement to the site administrator.