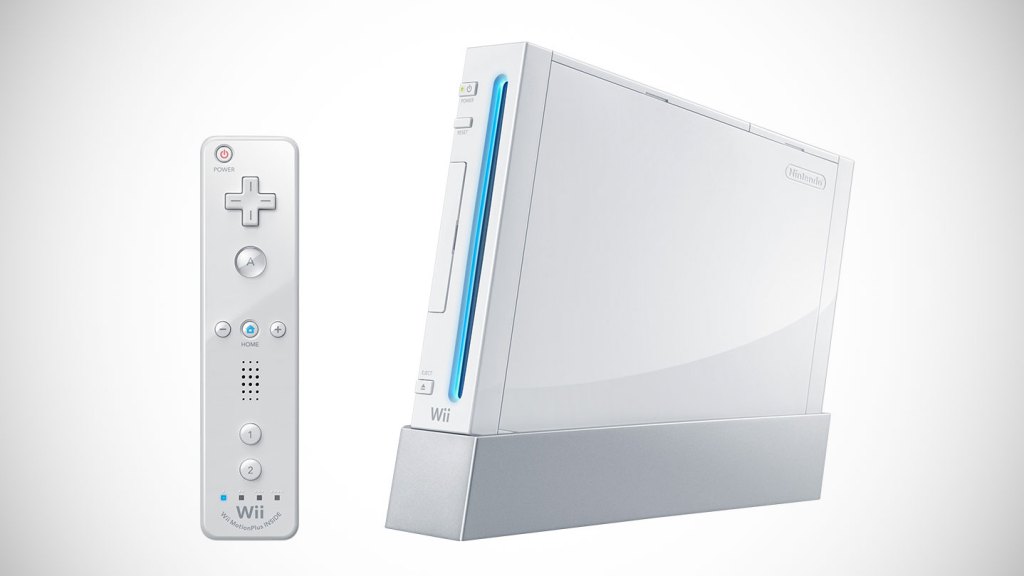 The Nintendo Wii took the industry by storm in late 2006. With its innovative motion controls and family-friendly games, the Wii effectively leap-frogged Nintendo over both Sony and Microsoft in the console wars. Much as they dominated the portable market with the DS, Nintendo focused on gameplay over graphics and multi-media. The Wii is actually a modest piece of hardware with graphics more comparable to the GameCube than the Xbox 360. What it had going for it were unique controllers, a low price, and a pack-in game no one could stop talking about.

The most compelling feature of the Wii is its motion-based controllers. The standard Wii-mote looks like a simplified television remote. When pointed at the TV it displays a floating hand that lets the player "aim" with pinpoint precision. It also contains an internal gyroscope that recognizes the orientation of the controller and determines how fast it's being moved. A separate "nun-chuck" attachment offers dual-hand control and provides a handy (and familiar) thumbstick.

The Wii came with one of the most celebrated pack-in titles of all time: Wii Sports. Despite its simple graphics and limited options, Wii Sports perfectly demonstrated the capabilities of the system. You could swing a tennis racket, throw a baseball, hit a golf ball, roll a bowling ball, or throw punches in a boxing ring. Enjoyed by young and old alike, Wii Sports single-handedly propelled the system to the top of the console food chain.

The Wii maintained its dominance over several years but its weaknesses were eventually exposed. The motion controls never quite lived up to their promise, as many game controls felt erratic and imprecise. To address this Nintendo released a "Wii-mote Plus" attachment in 2009, which refined its motion detection capabilities. It was only marginally effective as few publishers properly leveraged it.

Even Nintendo games tended to favor simple shaking over elaborate control schemes. Worst of all, third-party game makers were starting to re-release old Playstation 2 games for the Wii, grafting motion controls onto their button schemes. The Wii library started to become known as a dumping ground for cheap, disposable games.

The lack of high-definition graphics also took its toll on the console. Most customers had made the transition to high-definition televisions during this era, causing the Wii graphics to pale next to the razor-sharp 360 and PS3 offerings. With the Wii's popularity fading fast, Nintendo was forced to quickly launch the high-definition Wii U in late 2012. 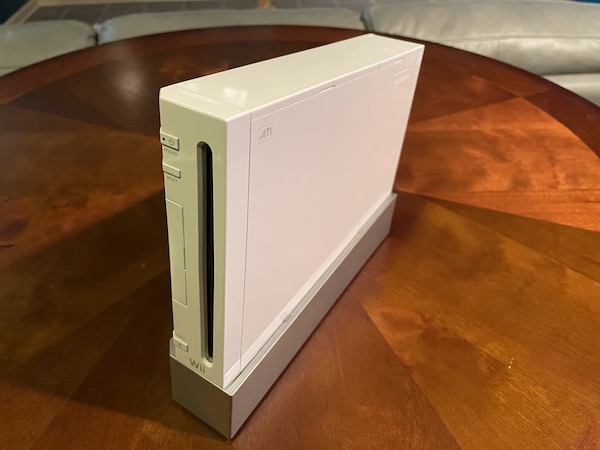 Wii sitting on a table

Aesthetics: C-. The Wii is tiny and modest. Its small, rectangular shape looks more like an external hard drive. A plastic gray base tilts the unit slightly upward but it looks cheap. The front of the Wii has a disk slot which sucks in discs. This slot glows blue when the system is running and a disc has been inserted.

Above the slot is a small reset button and a power button with a light on it. A panel hides an SD card slot and a controller sync button. On the top of the unit is a larger compartment which opens to reveal four GameCube controller ports. On the back of the system houses two USB ports.

Functionality: C. The menu interface is user-friendly but requires you to perform some navigation and wade through tedious safety screens before starting a new game. The internal memory is sufficient for saving games but limiting when it comes to downloads. The system is backwards-compatible with GameCube titles. It has built-in wireless network capabilities, which is surprising since Nintendo didn't focus much on online play.

Reliability: C. I've seen my share of broken Wiis, but no more than PS3 or Xbox 360 models.

Noise: A. The system is practically silent compared to the Xbox 360 and PS3.

Graphics: D. There's really no way around this. The graphic capabilities of the Wii lag far behind the Xbox 360 and PS3. Most games look like previous generation titles. This preventing many cutting-edge titles from being ported to the Wii. Graphics aren't everything, but the lack of high definition severely limited the system's lifespan. 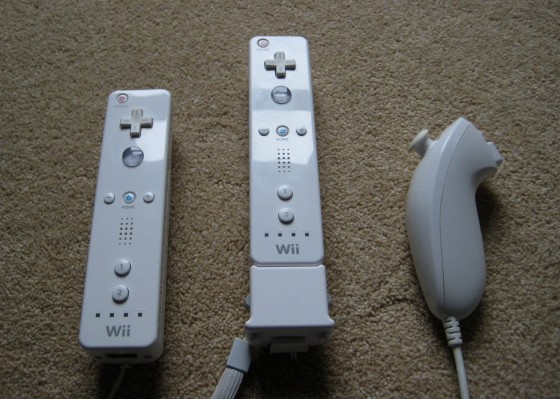 Controllers: B-. They get an A for innovation, but the Wii motion controllers never quite lived up to their promise. They are comfortable to hold, but the pointer can be a little erratic and requires a clear line-of-sight. The motion control is inexact and best suited for simple movements. The wireless aspect of the Wii-mote is great, so why is the nun-chuck tethered to it? That hanging wire really tends to get in the way when playing some of the more frenetic games, such as Wii Sports Boxing. The Wii-motes requires a set of AA batteries. 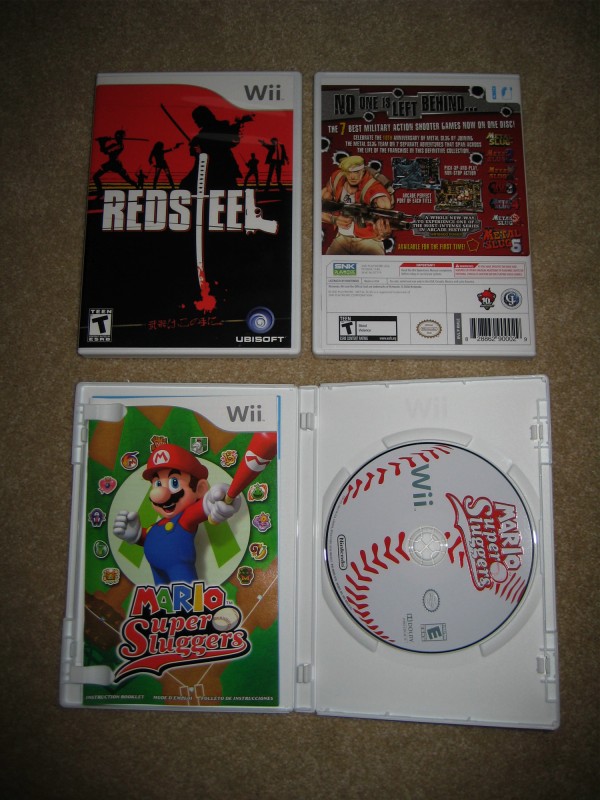 Media: B. The Wii games come on optical discs similar to DVDs.

Packaging: B. Wii games are sold in bright white DVD boxes which tend to be a little sturdier than their flimsy 360 counterparts. 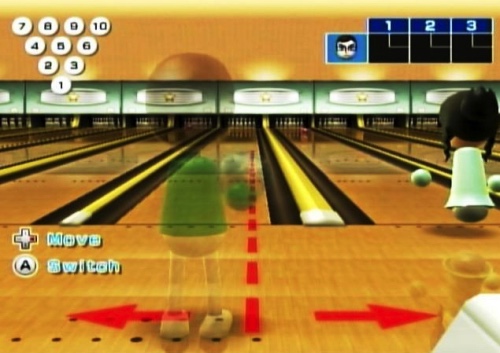 Pack-In Game: A. Wii Sports not only perfect embodied the system, but was fun for all ages, appealing to everyone from kids to senior citizens.

Launch titles: B+. People were excited about the 20 launch games, which bucked the sequelitis suffered by other consoles of the time. Though there was plenty of filler, notable entries included Excite Truck, Red Steel, and Legend of Zelda: Twilight Princess.

Library: B-. The Wii system has a nice selection of family-friendly, multi-player titles you won't find on another system, including Boom Blox, Super Mario Galaxy, Legend of Zelda: Twilight Princess, Mario Strikers Charged, and Donkey Kong Country Returns. The best games tend to be made by Nintendo, as few third-party game companies learned to properly harness the unique capabilities of the system. Much of the game library is cheap, recycled PS2 games with motion controls, so may the buyer beware. And if you don't appreciate motion controls, stay far, far away. 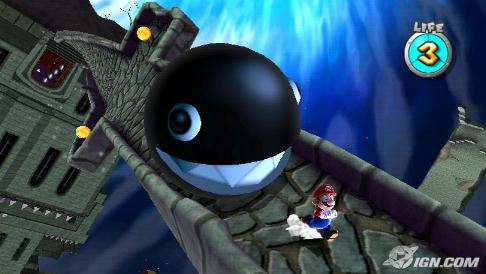 Collectibility: B-. While the Xbox 360 and PS3 tend to share a lot of titles, games that appeared on the Wii were more unique. The system boasts a number of timeless classics and family-friendly games you just can't find on any other system. Unfortunately, its reliance on motion controls and the system's limited graphics caused its games to age less gracefully than those on the 360 or PS3.

Check for Wii systems on Amazon
Find on eBay, Amazon