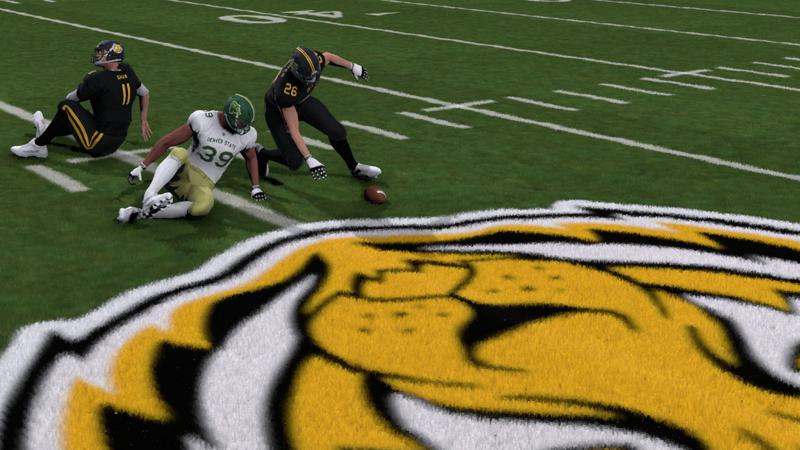 Maximum Football is brought to you by our friends from the Great White North (Canuck Play Inc). So what kind of football is this exactly? Well it's not a CFL game and it's obviously not an NFL-licensed title. You might say it's college if not for odd teams like the Birmingham Mustangs and San Antonio Eagles. Frankly, I think this is just the Canadian version of what they think American football is. Kind of like a Dollar General version of Madden.

The game doesn't look half bad. There are a variety of generic stadiums, and the snow games at night look quite festive! Except for the crowd noise, the audio is understated to say the least. If you listen closely you can hear a distant band practicing at a nearby highschool. The muffled PA announcer has apparently fallen into a well. Somebody should really throw that poor guy a rope. Maybe later.

The interface for choosing plays is so streamlined you'll select a play when you don't mean to! It only takes a single button press! Problem is, the offense always chooses before the defense, giving away your strategy when playing a friend. During kickoffs, make sure you adjust the kicking arrow upward ("make it erect" says Sudz) or you'll perform a lame squib kick.

After the ball is hiked, all bets are off. Sometimes the screen shifts in a disorienting manner. Sometimes a running back will pass clear through a defender. When throwing on the run, the quarterback may perform a double lutz! Upon catching the ball, a receiver might stop in his tracks, as if he can't believe he actually caught the damn thing. Then when tackled, he turns into a mannequin. Oh well, at least the hits are hard, unlike that pussy Madden game.

The designers seemed to bury the instant replay feature, probably because they don't want to call attention to the glitches. And this isn't even the first version of Maximum Football! There were two more editions before this! Wow.

For all its quirks, Maximum Football is actually quite playable and arguably more entertaining than Madden. It's very offensive-minded, so it's pretty easy to bust a big run or complete a long pass. I'm willing to cut the developers a little slack because they are Canadian after all. Each work day it's all they can do to avoid getting mauled by a bear or trampled by a moose. And that's just their morning commute! © Copyright 2022 The Video Game Critic.