As Microsoft's initial foray into the world of console video games, the Xbox was one impressive machine. Many compared it to a high-end PC - only at a fraction of the price. Weighing in at a hefty ten pounds, its large, black rectangular form housed a 10 GB hard disk - a first for a game console. The system also boasted four controller ports, support for high-definition video, and the best graphics of its generation. While these graphics were only slightly better than those of the Playstation 2 (PS2), Xbox games exhibited faster load times, and the hard disk eliminated the need for expensive memory cards. The system could also play DVDs, but this was less of a selling point in 2001 than it was during the PS2 launch the year before. Initially the Xbox was shipped with extra-large controllers with rounded buttons, but after receiving numerous complaints, Microsoft quickly switched over to the "Controller-S" which more closely resembled the Playstation 2 controller design.

One major issue that plagued the Xbox from the outset was its lack of exclusive titles. In its early days, the bulk of its games were PS2 ports that didn't bother to take full advantage of the system's power. Still, there were some bright spots. Halo was a brilliant first-person shooter that mesmerized gamers with its cinematic flair and intense multi-player modes. Project Gotham, Dead or Alive 3, and Star Wars Knights of the Republic were also high quality exclusive titles. As all three of the consoles systems gradually dropped in price, the Xbox began to gain momentum. With more games appearing on multiple consoles, many consumers opted for the superior Xbox versions of cross-platform titles. Microsoft also excelled in the on-line/LAN arena, offering quality services that went far beyond anything available for the PS2 or GameCube. While the Xbox never caught up to the Playstation juggernaut, it did manage to position itself into second place (barely ahead of Nintendo's GameCube), making Microsoft a legimate player in the video game industry. 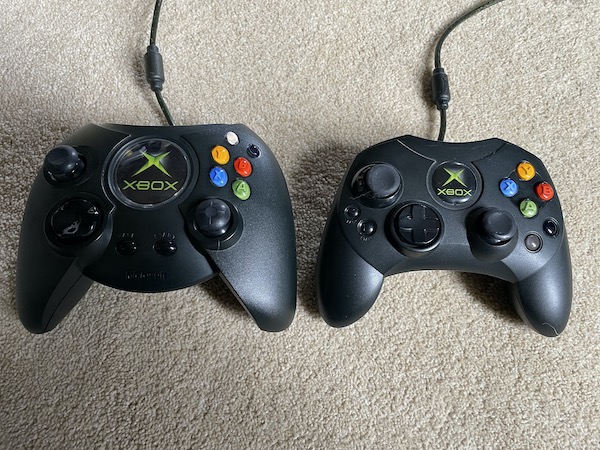 Console design: A-. The Xbox is bulky but elegant and high-tech in appearance. A molded "X" extends across the top of the system, with a green logo in the center. The front panel boasts four controller ports, power and open buttons, and a motorized disk tray. The system offers DVD playback functionality, but this requires buying a separate (and cheap looking) remote control unit.

Console durability: D. For its first several years the Xbox consoles exhibited few problems and seemed very durable. In the long term however (5+ years) the systems have gradually tended to experience "red ring" issues similar to those that plagued the Xbox 360 system.

Controllers: B-. Initially, Microsoft made a tactical error when they designed an oversized controller that didn't feel comfortable to many gamers. While I personally liked the way the controller molded to my hands, I must admit that the rounded buttons feel uncomfortable and are bunched too closely together. Within a few months Microsoft released the replacement "Controller-S", sporting a more compact design and conventional button configuration. Xbox controllers feature four "action buttons", a "black" button, a "white" button, two triggers, a "start" button, and a "back" button. Its dual analog thumbsticks are ideally positioned and feel comfortable when used with first-person shooters such as Halo. The unintuitive black and white buttons were probably a bad idea, as they crowd the face of the controller and serve no obvious purpose. A pair of slots on top of the controller can accommodate a memory card or two, in case a player wants to exchange data between two Xbox machines. One excellent innovation is the "break-off" wires, which incorporates an extra link in the controller cord that disconnects should it get yanked or kicked. This eliminates the possibility of having your entire console pulled onto the floor if someone trips over a controller wire. 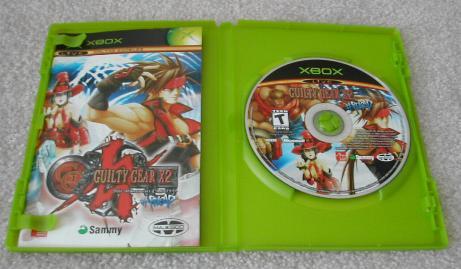 Media: A. Like the PS2, the Xbox wisely uses the DVD format which provides more than enough space to handle any game of its generation.

Packaging: A. Xbox games used the standard DVD cases, except they are molded in a distinct light green plastic to help them stand out from PS2 and Gamecube titles.

Games: B. Many industry analysts predicted the Xbox would be flooded with PC ports, but this never materialized. After a slow start, the Xbox library grew by leaps and bounds, especially as publishers began producing games for multiple platforms. While many of its games are PS2 ports, the Xbox versions have the advantage of quicker load times, slightly improved graphics, and better on-line support. The Xbox does have a few key exclusive titles up its sleeve including Halo (1 and 2), Project Gotham, Crimson Skies, and Ninja Gaiden. Doom 3 was one of the first third-party titles only made available for the Xbox, allegedly because no other system could handle its demanding graphical requirements. Despite its substantial library of games, the Xbox was definitely geared toward the mature gamer, and there are not many kid-friendly games available for the system. 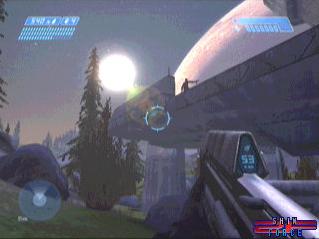 Graphics: A. While not a dramatic improvement over the Playstation 2, the Xbox clearly boasted the best graphics of its generation. Unsurpassed in terms of screen resolution and polygon power, it was also the first console to support high-definition televisions.

Collectability: B+. There are plenty of games available for the Xbox, but fewer than the PS2, and less high-profile titles. Still, Xbox versions of games tend to be the best of their kind, don't require memory cards, and feature better on-line capabilities. Xbox systems are very common and sturdy, and the games are cheap and easy to find.

Check for Xbox systems on Ebay
Xbox Game Reviews
System Review Index
Copyright 1999-2020 The Video Game Critic.  The reviews presented on this site are intellectual property and are copyrighted. Any reproduction without the expressed written consent of the author is strictly prohibited. Anyone reproducing the site's copyrighted material improperly can be prosecuted in a court of law. Please report any instances of infringement to the site administrator.